This morning I packed my computer, a microphone, a pair of headphones, and a USB interface into the car and drove off to a parking spot behind The Loop in Methuen and recorded four songs worth of vocals.  I had the lyrics and melodies written already so it wasn’t too painful an experience.

When I was done (meaning, when the battery on my MacBook was approaching death and I had to go pee so bad I could taste it) I went home and started working on lyrics and melodies for the last four songs.  The first of the two were kind of interesting and one of them I purposely made pretty difficult as a bit of a challenge.  After those two I was really getting tired so I threw the last two together pretty quickly and they are just as bad as that sounds.

After that I hung out with my step son for a while, and made some late lunch/early dinner for the love of my life, and then (after double checking that the MacBook’s battery was back to 100%) I went back to The Loop (a different section of the lot behind the building this time) and cranked out the last four.  I got a little over confident for a bit and a couple of the songs have THREE part harmonies instead of my usual two.  Sick.

So where does RPM stand now… Four songs mixed, three songs ready to mix, three songs needing saxophone, and four needing lead guitar.  Once the full boat is mixed I am going to go back to six of the acoustic songs and add bass guitar, drums, and lead guitar and then remix them.  If I don’t finish that by March 1st I won’t worry about it, I just need to make sure I get a complete mix of each song before I start messing with alternates.  Well, more alternates.  I already have two different mixes of one of the acoustic songs.

I need to have all of the remaining guitar and saxophone finished before we leave for Disney World.  I will have my MacBook with me on the trip so I can sneak in a mix before bed each night, and if I am out of my mind crazy I might even sneak a couple in on the plane.  Then I will take full advantage of the leap year day and mix anything that’s left over once we’re home again.

Is any of this stuff good?  Well, no.  That’s not the point though.  The point of RPM, as always, is that it didn’t used to exist but now it does exist.

There’s still the issue of the half-a-song left for FAWM.  FAWM is 14 songs in 28 days, so for the leap year they say it’s 14.5 songs in 29 days.  Does that mean I have to sneak in one more?  If I do it’s either going to be simple, or 36 minutes of noodling and noise for the Blind Chaos thing I mentioned a few days ago.

I wouldn’t say I’m almost done, but I’m past the one humongous hurdle with time to spare.  I feel happy.

In closing, here is the view from this evening’s “studio.” 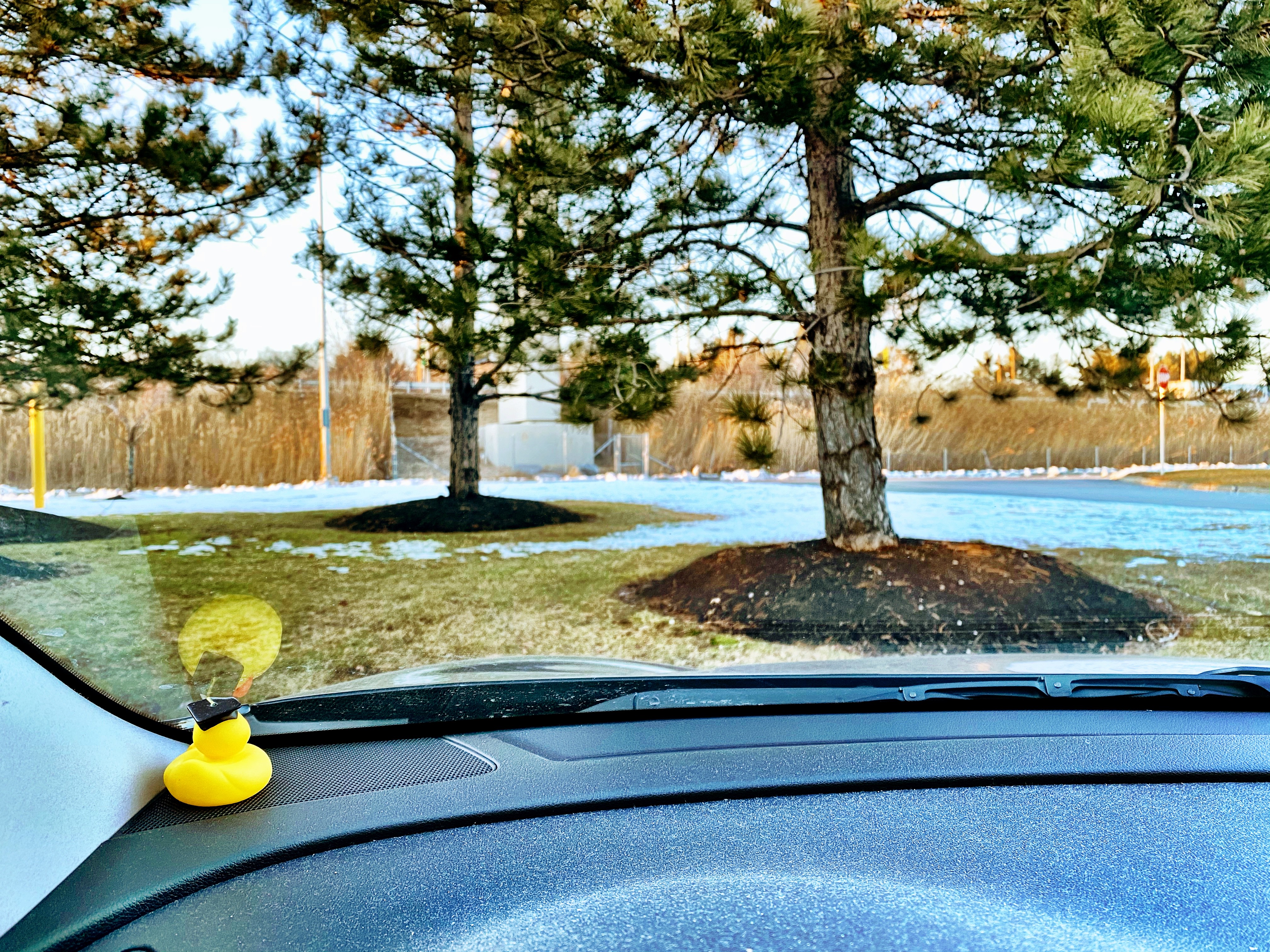