We’ve seen a lot of this before. In this video, Joe Bonamassa is going to get a bunch of different sounds out of a Les Paul without stepping on pedals or messing with his amp.

I know all of this. When I was in high school I had this super loud, solid state Peavey 2×12 with a built in chorus (that I never used). It had a clean channel and a drive channel and a foot switch to swap back and forth. I didn’t use a lot of pedals, apart from a wah wah, and that amp foot switch did all of my clean/dirty work for me.

Then in 1988 or ‘89 or so, we did a gig in a parking lot. I put that huge Peavey into the back of the mini van along with the rest of the band’s gear. The foot switch was plugged into the back of the amp and in the process of squeezing everything in the plug got squashed and was unusable.

I had a ton of switching channels to do, but now I didn’t have a switch to switch with. My work around was to use the drive channel, but set my neck pickup volume way down low so that it sounded nice and clean. Then instead of using the foot switch, I just flipped the pick up switch.

These days I have pedals for all of that so I generally keep all four knobs on the guitar up full. It bothers me a little though when I see people refer to cleaning up with the volume knob as a trick. It’s just the most obvious thing there is, right? Anyone whose messed with an electric guitar through a distorted amp figures out that lowering the volume on the guitar cleans the signal… don’t they? Why does Mr Bonamassa (and countless other YouTube guitar players) make it sound like it’s news to us? I don’t get it.

I have nothing but respect for Joe Bonamassa and I would literally kill to have his chops. I actually have his signature Cry Baby Wah on the band pedal board right now. Someday I’d like to try out his signature Fuzz Face too. Joe may tell us to use the guitar instead of pedals, but I’ll be okay using pedals with his name on them for now.

This post seems to have rambled a smidge. Sorry, I’m really tired.

Have a good night, friends.

In honor of Mark McKinney (see a couple of posts back), I’m crushing your head!

And a Chicken Lady for the road

That’s why you all come here, right?

We started watching the first season of Superstore. Is it Superstore or Super Store? Whatever. It has Mark McKinney from The Kids in the Hall so it’s worth a watch for that alone.

The downside is that every time he’s on the screen I waffle between Chicken Lady jokes, the immigrant cabbie from Brian Candy, and wanting to crush everyone’s head.

Go on. Go there. What the hell are you waiting for? 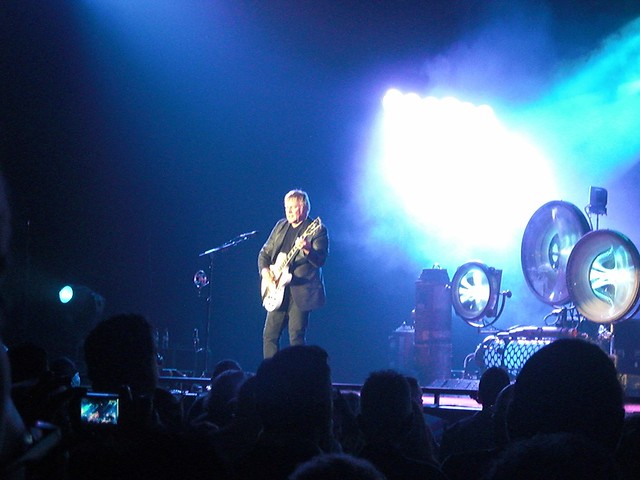 Holy Shit! Alex Lifeson from Rush just launched a website and there are two brand new songs on it! They are playing in my bedroom office at a slightly absurd volume as we speak.

I started two Yankee Candles at the same time. I’ve never lit one without the other. It’s a candle race, babie! I put my money on the blue candle.

I don’t work in a software development group. I work in a customer service group. Every now and then though the programmers in my group are asked to pitch in and help Development hit a deadline, or take on a project when Dev doesn’t have enough staff to go around at that moment.

We recently took on two projects that were pieces of a much larger collection of projects. We were hoping to get the first project done by April or May, and then immediately start on the second project. Instead we brought in another programmer and worked on both of them concurrently with a goal for completion by mid-June.

Today is June 15th. Literally the middle of June.

As of about an hour ago, both of our projects are complete.

This isn’t the worst thing ever, but if Billboard ever put together a top 200 list of things that suck, this would surely be on it.

You’re scooping out the cat’s litter box at the crack of dawn because it’s trash pickup day and you want to get it out before the truck arrives. You take a giant scoop full of nasty, go to dump it into the trash bag and… miss. Damn it!

I don’t believe in omens, but that sure feels like one, right? It’s going to be one of those days, isn’t it.

Trouble sleeping again tonight. I tried watching a couple of shows on Hulu and I started messing with a simple new song idea.

I’m guessing the sleep issues stem from the combination of soul crushing guilt and too much caffeine during the work day trying to compensate for the previous night’s lack of sleep.

It’s midnight and the alarm is set for 6:00am. If I sleep now I can get a solid six hours. That’s usually a good night for me, but 7-8 hours is better.

Okay, I’m going to lay down and try again, though the cat is meowing up a storm. Wish me luck, dear readers.