Check it out, I have been using the Logic Remote iPad app as a… ya know… remote.  I’ve only ever used it as a midi controller to add midi instruments to GarageBand files, but over the last few days I’ve been using it as a remote control while recording guitar parts.

When I put together my workspace I put the computer on one side of the room and the pedal board on the other.  I picked up an extension chord for my headphones, which allowed me to step on pedals while the tape was rolling, but it was the remote that let me stand by the pedals the whole time I’ve been working.

Well, most of it.  I can’t select regions from the remote (can’t I?) and I can’t set up loops (can’t I?) but it does everything else I need to do.  The best part??  It actually works!  The midi controller functionality is a mess (though it’s infinitely better than it used to be) but the remote control works! 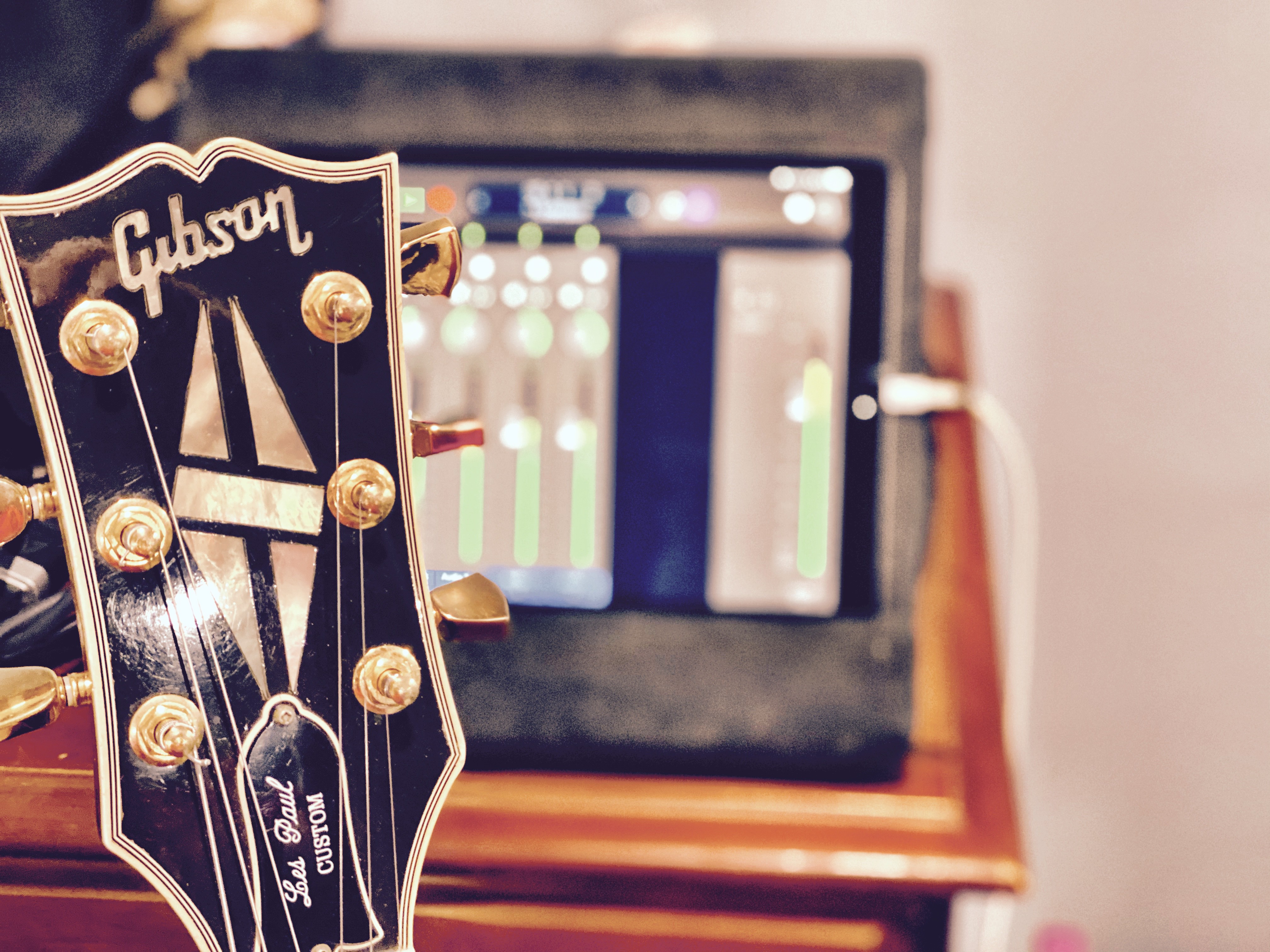 I picked off a vocal this morning, wrote a new song and recorded guitars for it tonight, and recorded the guitars for the only remaining pre-existing song too. I’m up to 14 songs, all with rhythm guitars done (the new song from tonight still needs a bass guitar part though, don’t forget!), and two of them have vocals too.

I have to have all the tracking done before vacation. Will I pull it off??

I think so but I’m starting to feel the crunch. The vocals are the logjam, I have to keep plugging away at them. Two down, 12 to go!