I cook… a little. A very little.

Pay no attention to that fur ball behind the blackout curtain.

Look at fatty, getting some exercise, pushing that mower like a boss(loser).

Front yard done, back yard at about 40%, allergies outa control.

I played some rhythm guitar today. I recorded the three songs I mentioned this morning that were ready, and I started a new song, did the whole arrangement for it, and recorded the rhythm guitar parts all before dinner. August music is officially underway.

I also did something I haven’t done in months. I messed around with different overdrive pedals. Not only that, I recorded a couple of songs without using a Klon style pedal. Two of the songs, including the new one, just used my Tube Screamer Mini. I haven’t used that pedal in years. Also, I tried my Mosky Black Rat (it’s still plugged in in the picture).

I’ve had that pedal for months and I’d never even plugged it in. I can’t remember when I bought it, January? Something like that? One day I decided I needed to have a Rat style pedal in my pedal arsenal. I bought the cheapest little Chinese made clone amazon had. When it arrived I took it out of the box, put it on my dresser and…

…today I plugged it in. I used it by itself with the gain really low and it sounded pretty sweet. Maybe it’s time to look into getting a real ProCo Rat.

Anyway, I still have three songs that don’t have an arrangement yet, and now seven that are ready for vocals.

50/90 continues, and August music is underway.

The actual video will be out early this evening. 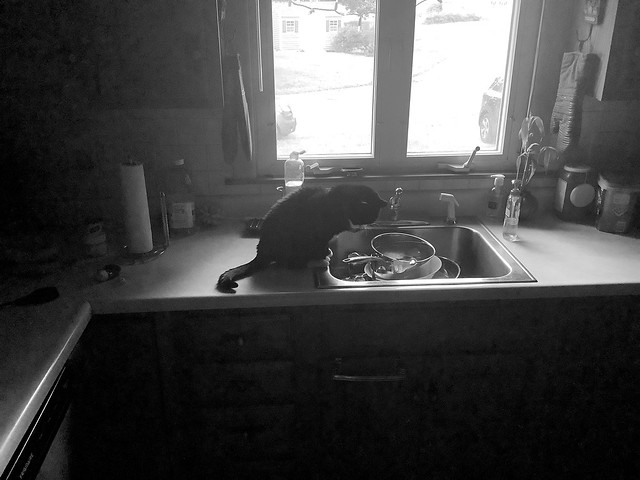 Sure it’s an exhibition, but I am totally watching Bruins hockey right now. The season re-starts this weekend.

We are just hanging out.