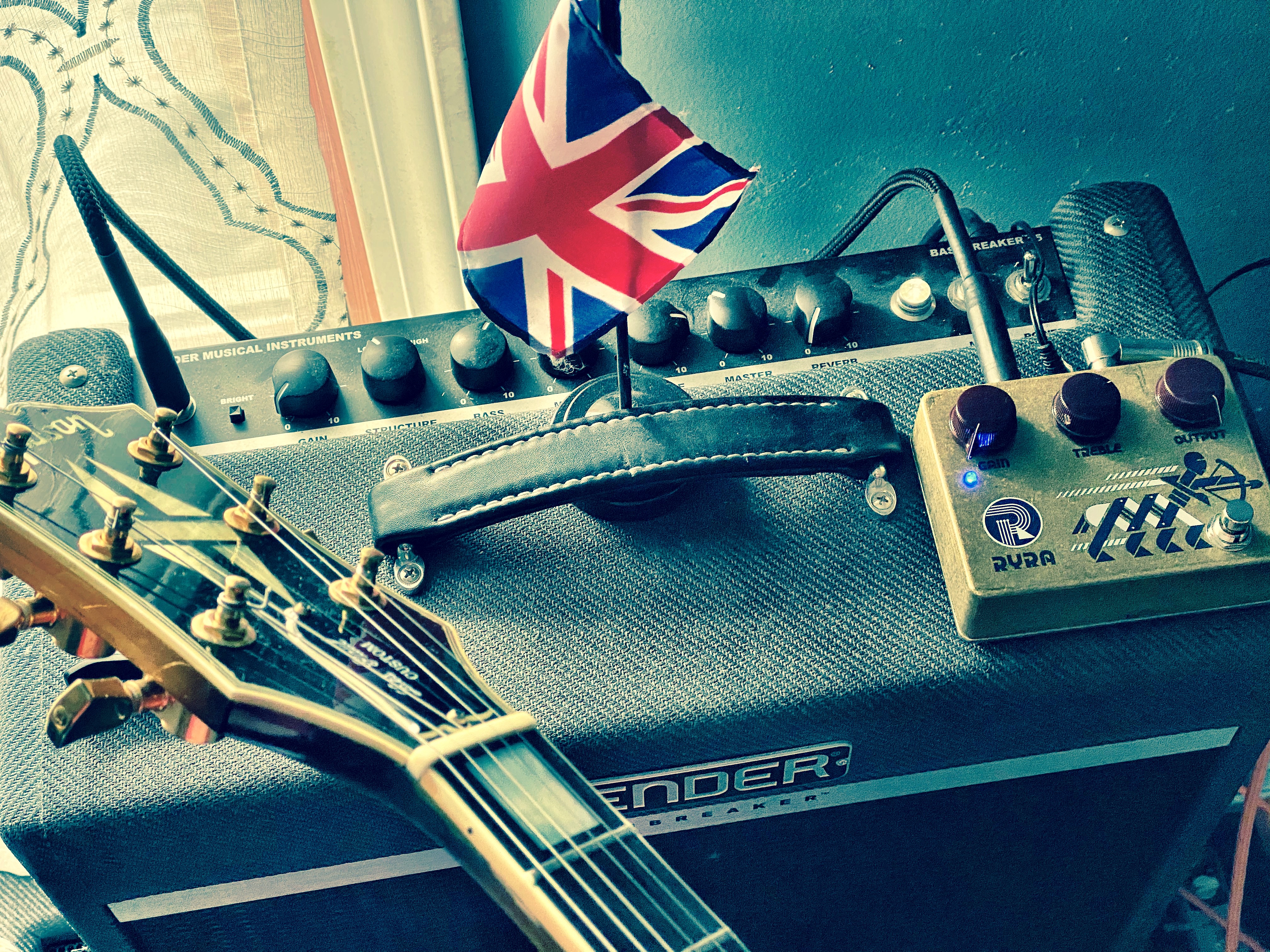 My new Klone pedal has been added to the May music project.  I put rhythm guitars on three songs and used my birthday-present-to-myself on all of them.  It sounds so good it’s silly.  I needed to goose the treble knob up a little higher than I do on the KTR to get a nice sweet spot, but I haven’t been able to use it on a high watt amp at volume.  It will all change when I use it for real.

I did something else with one of the songs that’s also silly… and fun… and awesome.

The rhythm part is just hit a chord and let it ring for two bars, more or less over and over.  After I finished the actual recording (double tracked, one panned left and one panned right) I added the first of two extra tracks.  First I recorded an additional take of the last eight bars of the song.  I then reversed the track.  That was a guide.  Next I muted the bass and actual guitar tracks so that all I could hear was drums and the backward guitar.  After that I used the second extra track to record myself trying to play along with the backward track.  It wasn’t easy and it came out pretty wrong, but at least I had the same chords playing on the two tracks.  One was forward and the other was backward but they more or less rang out correctly.

The last step was to delete the first of the two tracks, reverse the second track, and pan it right in the middle and unmute all the muted tracks.  Now when I play it back I have the normal parts and an additional backward part kinda playing along with each other.

It didn’t work out as I had planned it but…….