I just posted this onto the RPM Challenge site:

I’m up to eight songs now. Seven have the song form sketched out and one has rhythm guitars (technically that’s a day five thing as I did it before work this morning).

Three of the songs are going to go with the acoustic guitar/hand percussion arrangement. My initial hope was to have five acoustic and five rawk-power-trio. Not sure how that’s going to shake out though.

The RPM Challenge needs at least 10 songs. FAWM needs 14.5 (it’s a leap year). RPM does not need newly written songs, FAWM, by definition, does. Given that I’m losing the entire last week of the month I have more or less decided to give FAWM a miss this year and shoot for 10 songs. If I can get two more and then get them all recorded quickly I might pull some old ideas into the project.

Last summer I spent a day with my acoustic 12-string, sitting on the patio, noodling chord progressions and strummy riffs. I was thinking of doing the whole acoustic guitar/hand percussion/sax thing then too and I actually started a few decent sounding ideas. I never finished them though. I might revisit some of them. I also did an album-in-a-day project a couple of months ago and there was one song that I might want to re-record.

It all depends on how quick I can get through the songs I’ve already started. We’ll see.

As mentioned, I was able to get a little recording in this morning.  I finished all of the rhythm guitar parts for song #1.  I double tracked it, as usual, but this time each take was two tracks, for a total of four tracks.  I have been wanting to record through two amps at once for ages.  I did it a few years ago but the two amps were both direct input into the computer, they weren’t mic’d.  Today, they were both mic’d.  Today it was… real.  I guess.

The signal path was my Les Paul into the Klon KTR overdrive pedal with the gain cranked into a Radial ABY box (one input split into two outputs) into both of my Fender Bassbreakers (the 15 watt version and the 18 watt channel on the 18/30) to two Shure SM57 mics.  I’m not sure what the reality of the situation is, but it sounded pretty flippin’ sweet to me!

Last year I made a rule stating I could not copy and paste sections of a song.  That means I couldn’t record a verse section of a song once and then use it for three verses, stuff like that.  I want to do that again this year, but the song I worked on today was kinda hard.  Not really hard, just a little hard.  It required a lot of takes to get everything kinda/sorta right.  Unfortunately that took a lot of time.  It actually took all the time I had available this morning.

Maybe I need to start waking up earlier? 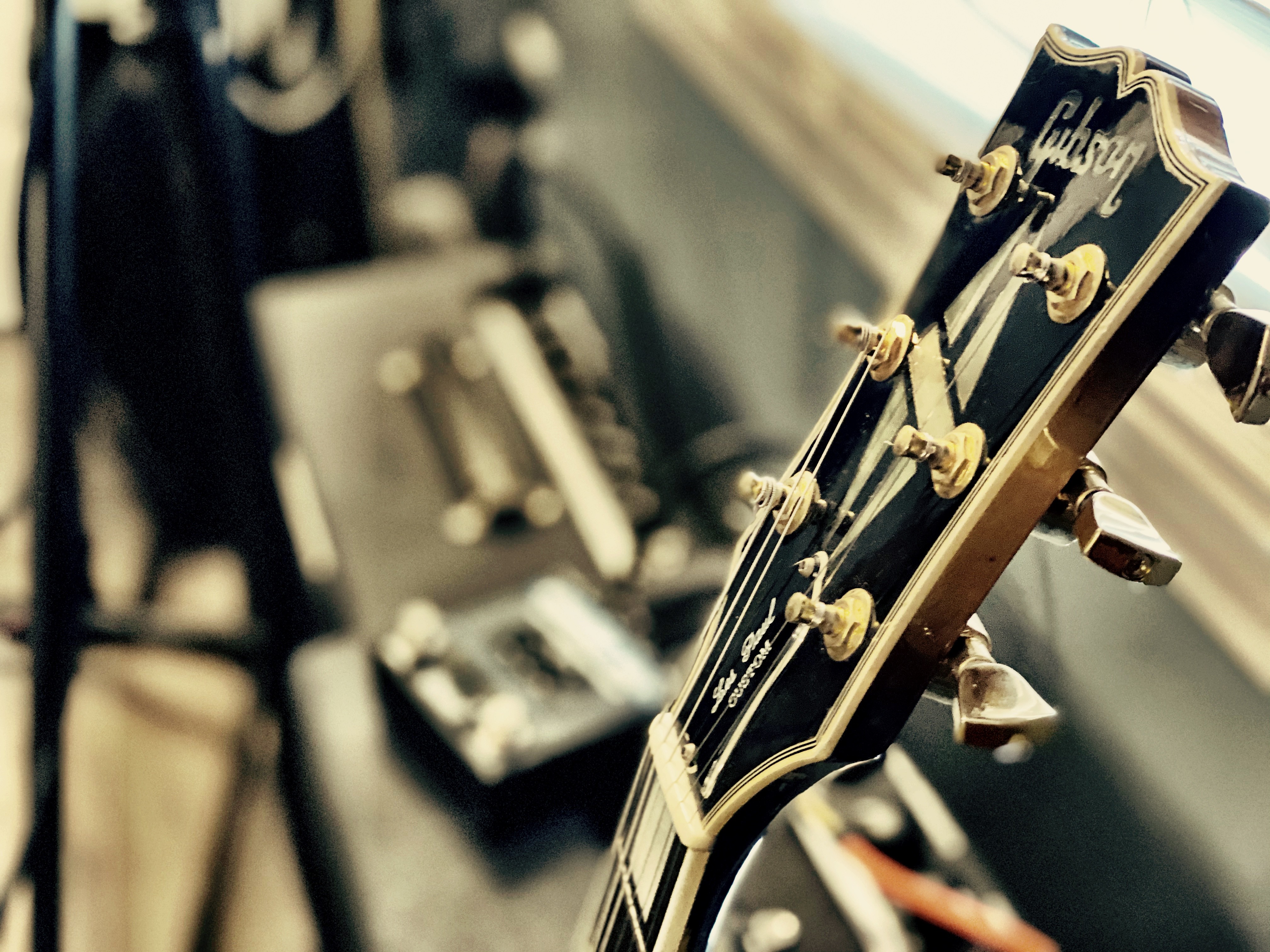