My team is in the office today. Most of us, at least. When I got here I found out that it will probably be the last time in this building. There might be one more before the end of the year, but it probably won’t be a full day. Fortunately I have very little stuff here so I will be able to move out at the end of the day today.

I have to be at my childhood house in Tewksbury by 7:30 tomorrow. Movers are coming to get a few things and someone (me) needs to be there to let them in.

I need to wake up at a ridiculous hour. Why oh why then am I still awake? What’s wrong with me?

Oh yeah, tomorrow is weigh in day. I’ll need to get up early enough to step on the scale, update the iPhone Health app, then update my spreadsheet. Nerd alert!

Well folks, here we are. The caravan is rolling. I checked Find My on my iPhone and it shows me that Harry is traveling north on route 89. The plan was for him and his dad to leave a couple of hours ahead of us so we don’t all get stuck in the dorm room together. Covid, ya know?

We should be leaving in a moment (though I just remembered I forgot to do something for work at the end of the day yesterday and I need to do that. It’ll only take 2 minutes).

I am so excited for him and so proud of him and I think I might explode.

You know you’re close to the border when the Canadian flag starts popping up at random places.

We were stopped someplace and I saw this and liked the look of the field for some reason and I wonder what’s under that little bump. A bomb shelter? A meth lab? A Hobbit Hole?

See the school bus? I don’t know what was going on, but I saw privately owned school buses all over the place. It felt like The Partridge Family or something.

You’re going to have to seriously tax your memory for this one… when was the last time you saw a gas pump without a card reader?

Bellana is all moved in. Her dad is bringing a few things up next weekend, but for now she’s there and most of her stuff is there and her roommates are there and everything is good. She has a new apartment, now she needs to transform it into a home.

Jen and I left Burlington around 4:00pm, maybe more like 5:00? I’m not sure. We chose to take the scenic route home which somehow led us to NH route 9 which is so winding that I’m sure we drove in a spiral at least twice, and it’s so badly lit (just some reflectors on one side and some reflective yellow paint) that I’m positive we were underground for at least 15 of the 40 miles.

We are home now. We are exhausted, proud, excited to see what comes next, but still a smidge sad.

Now it’s time to shift our focus to Harry who is graduating from high school in less than two weeks. I’m so proud I might pop like an over-proud balloon!

The plan for today is for Jen and Bellana to leave first in Bellana’s car, and then I leave about an hour or so later in my car. They have stuff on the roof and are planning on driving slow. If I leave an hour later there’s a good chance I will pass them. I kinda don’t want to do that. I want Bellana to be there when I get there.

The cars were mostly packed last night. This morning we packed up the last few things, clothes and pillows and stuff she was using last night, and just a few minutes ago they pulled out of the driveway.

I am forcing myself to remember that I am only focusing on the happy thoughts today, and not letting the empty nest-ish blues take over. That’s my personal plan at least… and it’s already proving to be very difficult.

Is everyone psyched up for the Bruins game #2 with the Islanders tonight? The NHL iOS app says that game time is 7:30pm so… 7:50ish maybe? I’m not sure how much, if any, of the game I’m going to be able to catch tonight, but guaranteed I’ll be keeping an eye on things.

I’m wearing one of my Bruins t-shirts. I wore it on the last two game days (yes, I washed it, sheesh) and they won both games. I’m not sure if that qualifies it as a “good luck shirt” but I ain’t taking any chances. I also haven’t shaved since before game five of the first round series. I don’t know if the idea of a playoff beard being good luck extends beyond the locker room, but why take the chance? Granted, there is no way in hell that I’ll keep the fascial hair as far out as game three. It’s doubtful that I’ll shave first thing in the morning tomorrow, but it’s also very likely that I will shave at some point tomorrow. The itchy… it’s just starting to drive me nuts. I’ll fight the urge tonight, purely in the interest of hanging on to the home ice advantage, but after that the team is very much on its own.

The plan tonight is to get out of Mom’s and get home as fast as humanly possible, thought I may not have enough gas to get there. We’ll have to see. Then once I am home we spark up the grill and sneak a Memorial Day cookout in at the last minute. Sunset is 8:15 and I don’t think it’s raining anymore. After that it’s time to start loading up the Mazda for the drive up and over to Vermont tomorrow. Tentatively, Jen will go up with Bellana in Bellana’s car, and I will follow by myself. Once we’re up there and the car is unloaded, we’ll head over to Target (the nearest big store) and pick up some last minute apartment supplies. When that’s all set Jen and I will head home together and I will see my depression level increase from “alarmingly depressed” to “fuck it, I’m not getting out of bed depressed.”

Go back to all of my posts from August 2019. Bellana going away to college messed me up. This is effectively the same scenario, but for some reason it is soooo much worse this time. I think part of it is just the word “apartment.” It’s an “apartment” instead of a “dorm room” and that makes a world of difference. The other part is that August 2019 will be literally repeated in August 2021 when Harry goes away to school. That’s not a partially empty nest, that’s the full boat.

Don’t get me wrong, I am prouder of both of them than I could ever express. I love them so much. I can’t imagine any parent loving their kids as much as I love my step kids, mostly because I love them so much I feel like I could explode and I can’t fathom someone actually surviving while feeling something more than that. I want the best for them, I want them to have it all, I want them to succeed, I want them to have the time of their lives in the prime of their lives. There’s just a part of me that selfishly wants them to stay home with us forever, that’s all.

Okay, calm down. It’s going to be okay, Rob. It’s going to be all right. Let’s just distract ourselves from the near future by watching the Red Sox. They are losing 4-0 to the Astros. Hey look, both teams that cheated their way to a recent world series are playing each other. Hardy har har. If the Red Sox lose today, does that mean that cosmically there is space available for the Bruins to win? The universe is so screwy.

Addendum to the previous post. I cleared the cache in Vivaldi as well as cookies and a few other pieces of data and now I can write posts again! It’s such a gift. If I were half the analyst I claim to be, I would have done that first because… duh. Of course it was cache. Sign out and sign back in? What are you, an idiot? Clearly it was a little piece of corrupt data lying around.

Change of subject, we have reached the point where we are planning how to pack up the cars to drive to Vermont to help my step daughter move into her apartment. I am so happy for her and I am so sad for me and Jen. The conflicting feelings are really tough to deal with. I’m trying to look outward though and just be happy and excited for Bellana. She’s amazing and this is just one more baby step toward her taking over the world. Well, taking over the world figuratively speaking. I’m not being literal when I say that… or am I?

Okay, back to work, red head!

Did you figure out what I was doing today? Did I telegraph it enough? Bellana, my step daughter, moved out of her dorm today and I helped. 3+ hours in both directions, Methuen, MA to Burlington, VT and back. The scenery on that drive is pretty fantastic if you get a chance to look at it. It was kinda tough to do while driving though.

This was coming off a rest area somewhere in New Hampshire, just before the Vermont border.

Of course the state line would be under construction. Figures.

I wasn’t there to sight see though. This is the only view of the campus that I managed.

We’ll be back in a couple of months. Next time we’ll have two students there. 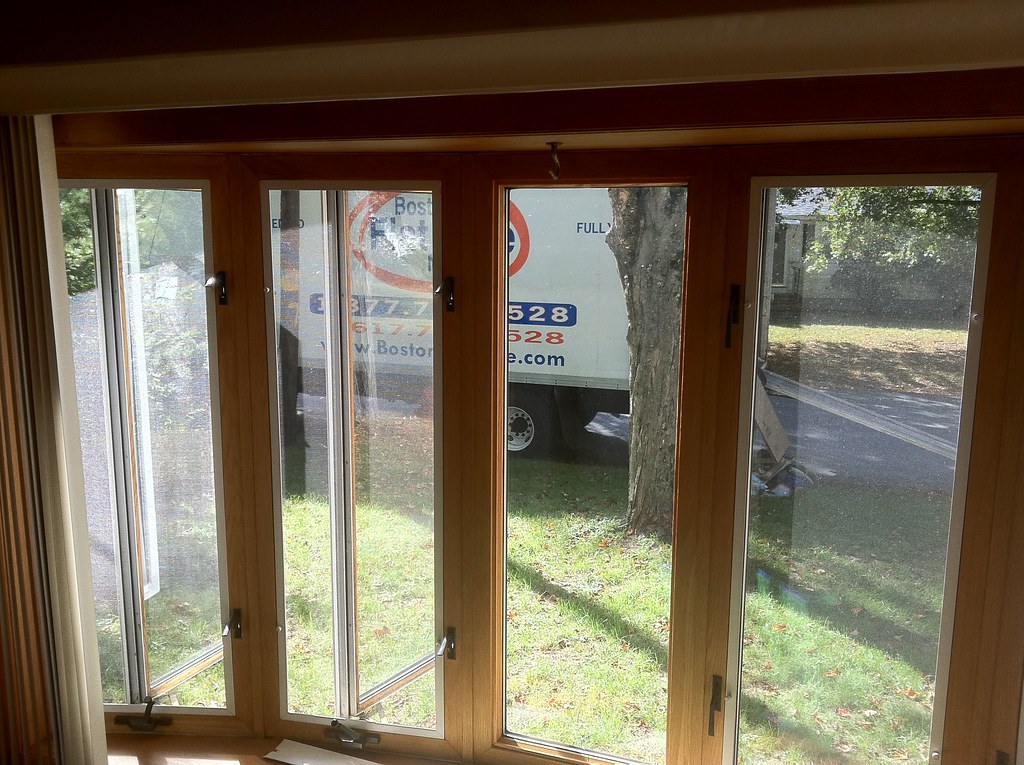 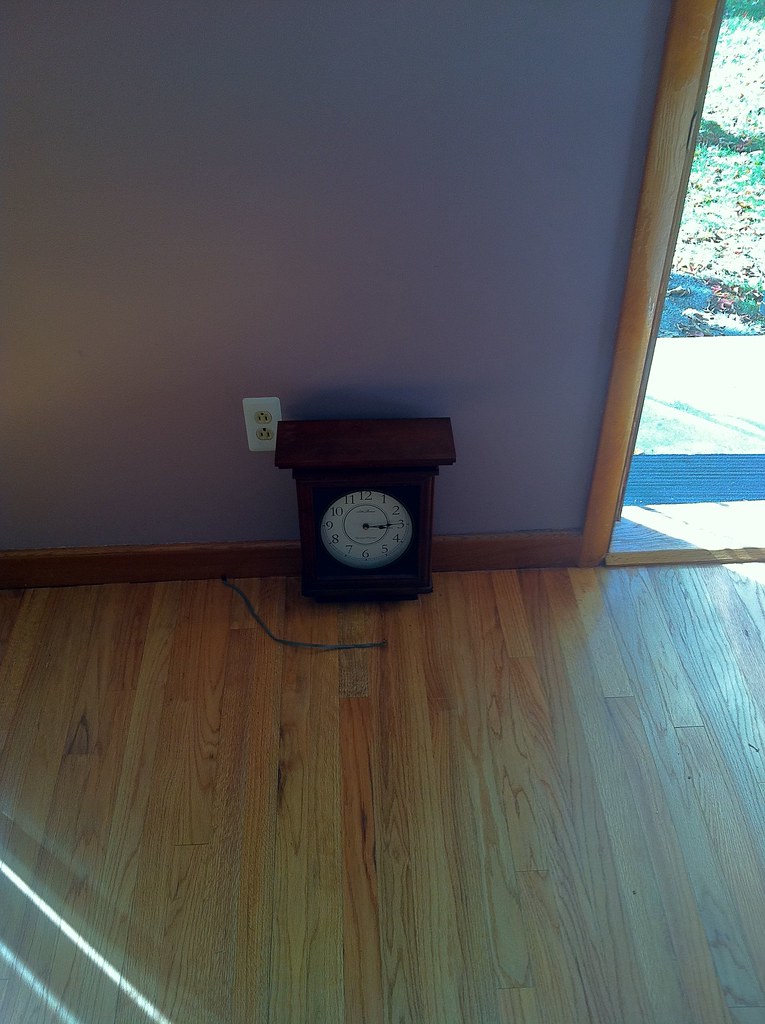 …we closed on the house and moved in.

Today is our home ownerversary.