Jen and I just finished the new season of Cobra Kai on Netflix.

My question for the universe: Why is Cobra Kai a good show? I don’t get it. The premise is utterly idiotic. It’s basically based on a gag from the show How I Met Your Mother where one character wrongly thought that the bad guy in many famous movies is really the good guy and Johnny Lawrence in The Karate Kid was a tragic hero instead of a stereotypical 80’s movie villain.

So why is it good? Also, it functions on the suspension of disbelief that an entire region of California is out of their brains obsessed with high school karate tournaments. Like…. No!

Everything about the show should be awful at worst and just dumb at best.

But it’s not. It’s absolutely riveting! It’s so good!

It happens so often. I’m doing something and I put on a Bruins game and they immediately give up a goal. More often than not they give up the lead as well.

Tonight Jen and I had dinner, chicken and quinoa and roasted green beans, and then watched an episode of Cobra Kai. After that we had a watch party with Harry to see the new episode of The Book of Boba Fett. I approve of the episode in general but I am kinda done with the two time period stuff. I know how he escaped I know how he survived, now I just want to see The Sopranos in Space… except for the scooter kids. I’m done with them too.

What was I talking about?

Oh yeah, The Bruins. So after the watch party Jen went to the office to play some Warcraft and kill some bad guys. I retired to the bed room to put away some laundry and watch episode seven of Yellowjackets (WHAT THE FUCK IS HAPPENING??). I opened up the NHL app on my phone and brought up the game cast (or whatever they call it) and saw the Bruins had a 2-1 lead over the Capitals. Awesome. As soon as the superlative formed in my tiny little brain the screen refreshed and Washington had tied the game at two.

Come on, Bruins. Let’s turn this around.

I didn’t get up until after 7:00 this morning. No car music again. I have six songs that need vocals. I want them all done before February 1st. When I say done I mean vocals, leads, and mix. I don’t want to be thinking about any of these songs when RPM starts. I don’t have any specific plans for RPM yet. I don’t know if I want to do anything special for a theme or anything, or if I just want to write a bunch of new songs.

I didn’t watch Book of Boba Fett yesterday. We’re going to try and do a watch party with Harry tonight. I hope so. Jen and I started the new season of Cobra Kai. They are like 30 minute pieces of candy. We blew through the first three before we even realized it.

The show to watch right now, if you have access to it, is Yellowjackets. My spoiler free review of the first six episodes, which are the only ones I’ve seen so far: WHAT THE FUCK WAS THAT????? 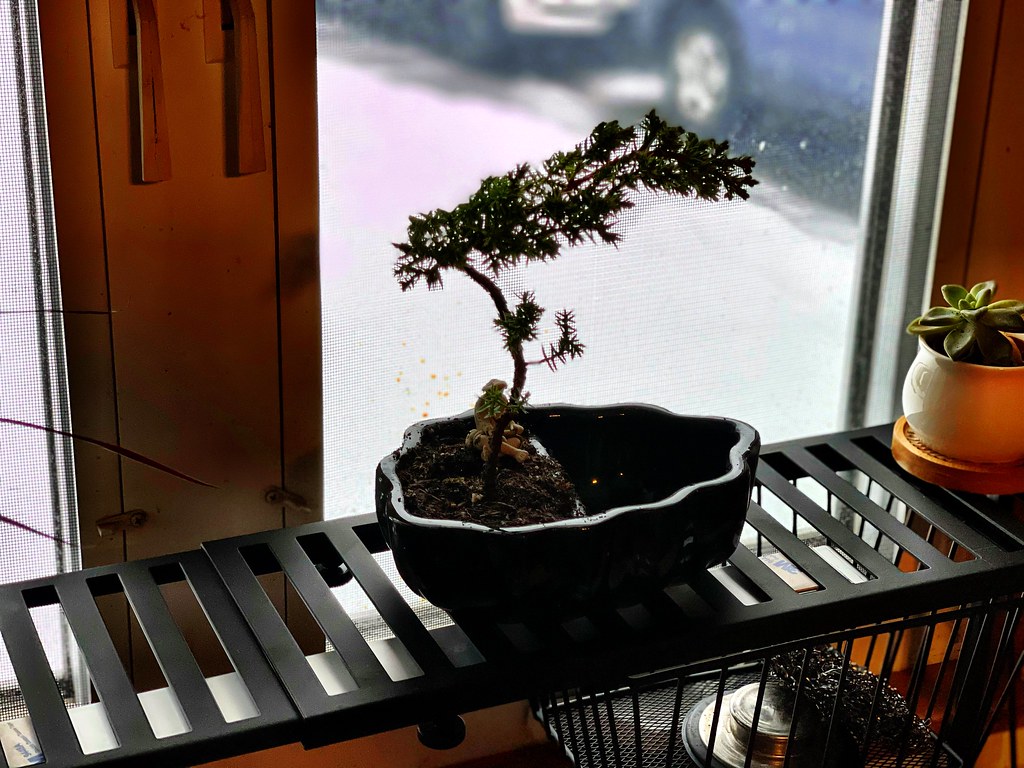 I’ll try not to include spoilers but no promises. If you are planning to watch the show but haven’t gotten around to it, you might want to be safe and stop reading now.

You have been warned.

Jen and I had a discussion this morning about Cobra Kai the TV series. Specifically, why is it good? When the show was first announced I, like many people, assumed it was going to be a spoof based on some jokes in the show How I Met Your Mother (one of the characters insisted that The Karate Kid was a story of a wholesome rich kid who got screwed out of his karate title and his girlfriend by the new bully in town). It’s not though. It’s just a continuation of the Karate Kid story (not you, Next Karate Kid). Johnny has grown up to be a loser. Daniel has grown up to be successful with a happy family. Johnny meets a nerd and decides to teach him karate and three seasons worth of bloody hijinks ensues.

If you look at it objectively and break it down into its core pieces, is it good? The acting isn’t terrible. Some of the kids are hard to watch but for the most part it’s okay. No one in The Karate Kid was getting a best actor award, and we’re pretty much on par with that today. The writing is pretty suspect. The boss fights in the season two and three finales were gratuitous to say the least (especially season two) and could have made the same points with 75% less violence. Granted, gratuitous does not necessarily mean bad. The dialog is often funny, but the overall story is completely telegraphed. You can literally see what’s coming multiple episodes ahead. I know surprise twists aren’t really the point here, but still… You could see the dramatic ending of season three happening during season one. It’s that predictable. Of course, that didn’t mean there wasn’t literal cheering in our living room when then dramatic ending to season three happened.

The show is 100% nostalgia and fan service. Seriously, there is nothing else here. Even that is hard to understand though. I saw the Karate Kid in the theater in 1984. I was 13. It never ranked as a favorite for me, not even close, but I liked it. It was fun. When the sequel came out I saw that in the theater too. Not so much for part three. I still don’t think I’ve seen that at all. That could explain why I like the show. It’s bringing me back to a simpler, more innocent time yadda yadda yadda. I can get behind that, but how does that explain my 18 year old step son? He loves it! He sat there cheering along with the rest of us. It’s not nostalgic for him, so where is his pre-existing emotional connection?

So the question remains? Why is Cobra Kai so good? Why have we hung on every shot for three seasons? Why are we all bummed out that we have to wait until next January for season four? How did they do this to us? They pulled a fast one on us and I want to know what happened. Was it hypnotism? Was it brain washing?

Why is Cobra Kai so damned good?

I fully intended to get up early today and do car vocals. I actually did get up early but… As I mentioned last night… that last song I worked on… the lyrics were so bad. It just took the umph out of the situation, you know? I need to rewrite.

So… fasting. What’s up with that? Give yourself an eight hour window each day where you can eat to your heart’s (stomach’s?) content, then the other 16 hours you don’t eat. In my 56 seconds worth of Google “research” it looks like most people set their eating window at 1pm-9pm. Outside of breakfast, that works okay for me. I want to cut down on between meal sowing. Something like this could gimmick me into cutting back some. Also, my 56 seconds showed me that zero calorie drinks (water, diet soda) are allowed during the fasting times.

I found an app I wanted to try to use to help. I thought you’d plug in times and it would tell you when to eat. It doesn’t. You turn it on when you’re fasting starts (9pm) and it tells you when it’s over. Okay… I guess I’ll start this fad tonight at 9pm. consider today’s breakfast my breakie swan song. What the hell, it’s quarantine. Let’s jump on this (a/any) stupid bus.

After my horrid performance trying to predict the winners of the second round of the NHL playoffs, I went into the third round with a tiny bit of optimism. Then on Sunday night the West series started and my pick lost game one. That’s okay, I guess. It’s just putting my pick into a statistical hole that is too big for the majority of teams to crawl out of but that’s okay, right? Ugh. I had this bad feeling that when the East series started up last night there would be another crushing loss. I checked the score just before bed. Would Tampa crush my heart again? Nope. They were up 7-2. I checked the final score today. They won 8-2. I feel a tiny bit better now.

Television. Season two of The Boys is out. I forgot that Amazon released shows weekly. Crap. At least they put out three on the first day. They are good so far, but now I have to wait for Friday for episode four. On top of that, Jen and I started watching Cobra Kai. We plowed through the first season. It is so much better than I thought it would be. I expected it to be goofy and silly and a bit of a farce. It was, sort of. Not a lot though. It was just good. Yeah we saw the series finale coming miles away, but it didn’t lessen the effect. I’m looking forward to season two, and season three is supposed to be on the way. I’m paused on The Watchmen for the moment, but I’ll get back to it. Same with Breaking Bad. Eventually I’ll get to Lovecraft Country too. For now though… I’m up to season four episode 15 of Agents of Shield. The rewatch continues.

Took this with my DSLR in manual mode like a crazy person.
Dude! You’re in my chair!
Mrrow.
Growing things.
Driving around.
#gibsunday #Gibson #vox