I put lead guitars onto the song that got the vocals during car music this morning. All tracking is done on one song so barring any catastrophic failures I’ll have a song to send into RPM this month.

Before recording that lead track though I recorded the first thing to pop into my head when I picked up my new guitar tonight and wrote a whole song form around it.

You’d think that was a good thing, right? It would be if the first thing that popped into my head hadn’t been 95% the same as the chorus of the car music song. It’s 34 bpm slower, and the turn around in bars four and eight is different, though still similar. Otherwise it’s the same thing.

So what to do with it? Is it a rewrite? No… it’s part two of a two song suite. Yeah, that’s the ticket. Let’s go with that. 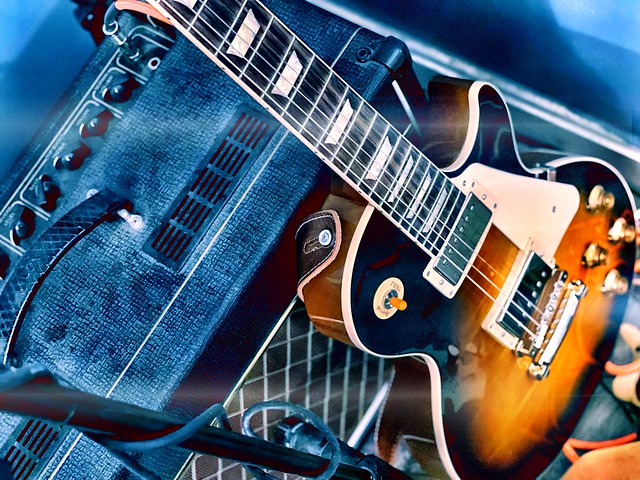 Blah, she says.
Is it #GibSunday or #GibsonDay or both? #lespaulstandard50s #gibsonlespaulstandard50s
Bake Off Watch Party, of course.
First play around in 21 days. It’s about friggin’ time.
Patches is staying up with me and we are both hanging on every pitch. #redsox