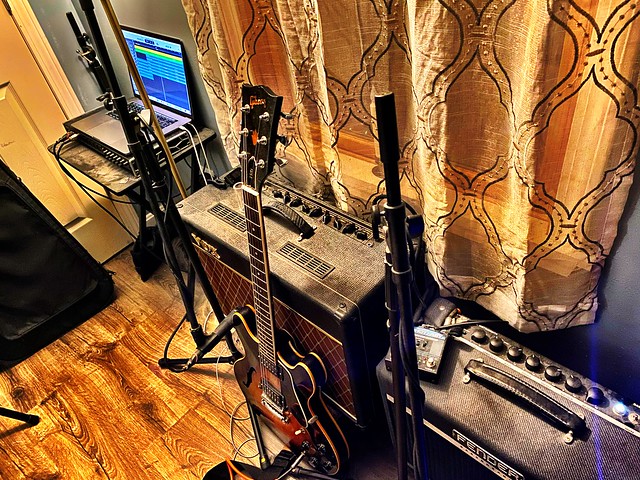 The last time I did car singing I finished what I had planned quick so I did a re-recording too. I didn’t have rhythm guitars down so I was working off an old scratch track. Tonight I put the guitars down… all of them… oh, so many tracks.

Four tracks of fat finger flubbing rhythm guitars (two takes, each with two mics for a total of four tracks)

Six tracks of lead guitar. Three takes, two mics each. One take was my usual guitar sound, one was a cleanish sound, and the third was tons of fuzz and feedback and… and… slide.

I am the worst slide player on Earth but don’t fret, I only used it for noise, and I’m probably going to play the two tracks backwards. You’re all safe. Trust me. 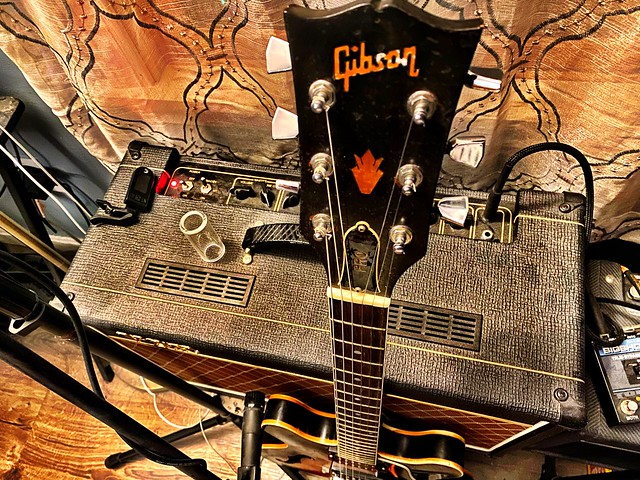