Raise your hand if you’re sick of guitar/Lizardfish/gig posts.

On second thought, don’t raise your hand.  I don’t care what you think.  Here’s another one.

Earlier today one of the guys in the band submitted 2/1/20 Set List Draft #2.  I was in the middle of my lunch break at the time so I typed the list into a Google Doc and sent it around, and then went to hearthis.at and built a playlist of the entire list and shared that around too.  I had an ulterior motive for that one though.

Jen has a work dinner thing tonight and I knew she wouldn’t be home until late.  Tonight is a dad night for the kids so I had the house all to myself for an hour.  I took that new playlist, ran my phone through a blue tooth speaker, plugged in the guitar with the full pedal board, turned up to (slightly less than) gig volume and played.

I made it into the second set, only one or two songs.  I think one song was missing from the first set though so I have to check on that.  I played for an hour solid without a break.  I did have some real pain in my left hand for about two songs but it lessened as I went along.  By the end of the hour I was noticeably tired and it was getting hard to bend the strings.  That’s time to stop for tonight.

I played a lot in a short time.  Notice that I did not say I played well.  I guess I still have to work on that.  My improv skills are down to about 10% right now, Captain.  I need to open a ticket with engineering and get Geordi LaForge to work on that for me.

I’m pleased with my dumb ass for the moment though.  I’m proud of me, fat boy.

My ears are ringing. 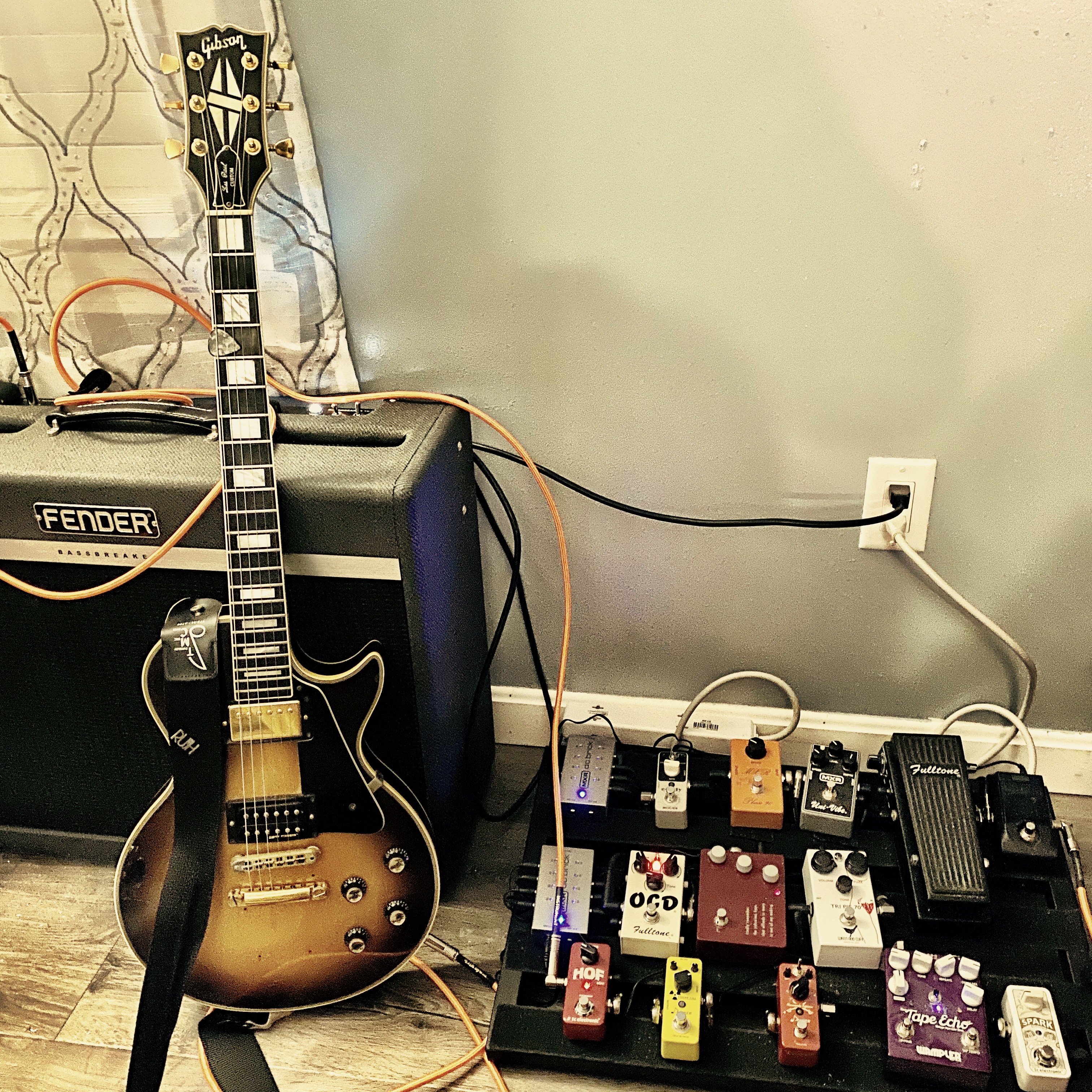