I just did an experiment with the two amps I have in my bedroom right now.

I plugged into the Bassbreaker 15 with the same setup I used for lead guitars on the April music projects.  I had the free decibel meter app on my phone running.  I hit the mid 90’s a couple of times.  The average was in the high 80’s.

I then switched to the Bassbreaker 18/30 with no pedals.  I started on the 18 watt channel, which I used for the February music.  I lowered the volume all the way and then slowly raised it until I actually got a steady, consistent sound out of it.  The decibel meter was showing high 90’s and low 100’s.  It peaked at 103.

Well, there goes that idea.  I did the same thing on the 30 watt channel and it was averaging higher but the peak was only 104.  Regardless, With all the headroom that amp has, when I plugged in my pedal board the volume level was absolutely going to go up.  I could try to set everything at unity gain, but why bother.  I shut the 18/30 off and went back to the 15.  This time with all the pedals.  There is a distinct possibility that I might do this whole month with just the Klon KTR for gain.  I’ll have the Fulltone OCD and the Wren and Cuff Tri Pi 70 there if I need it, but that KTR is just perfect all by it’s lonesome.

One thing I might do different though is I might put the small amp on top of the big amp.  with it sitting on the floor I can’t quite get the mic stand low enough to get the mic in front of a good place on the speaker.  If I put the 15 on top of the 18/30 I won’t have that problem. 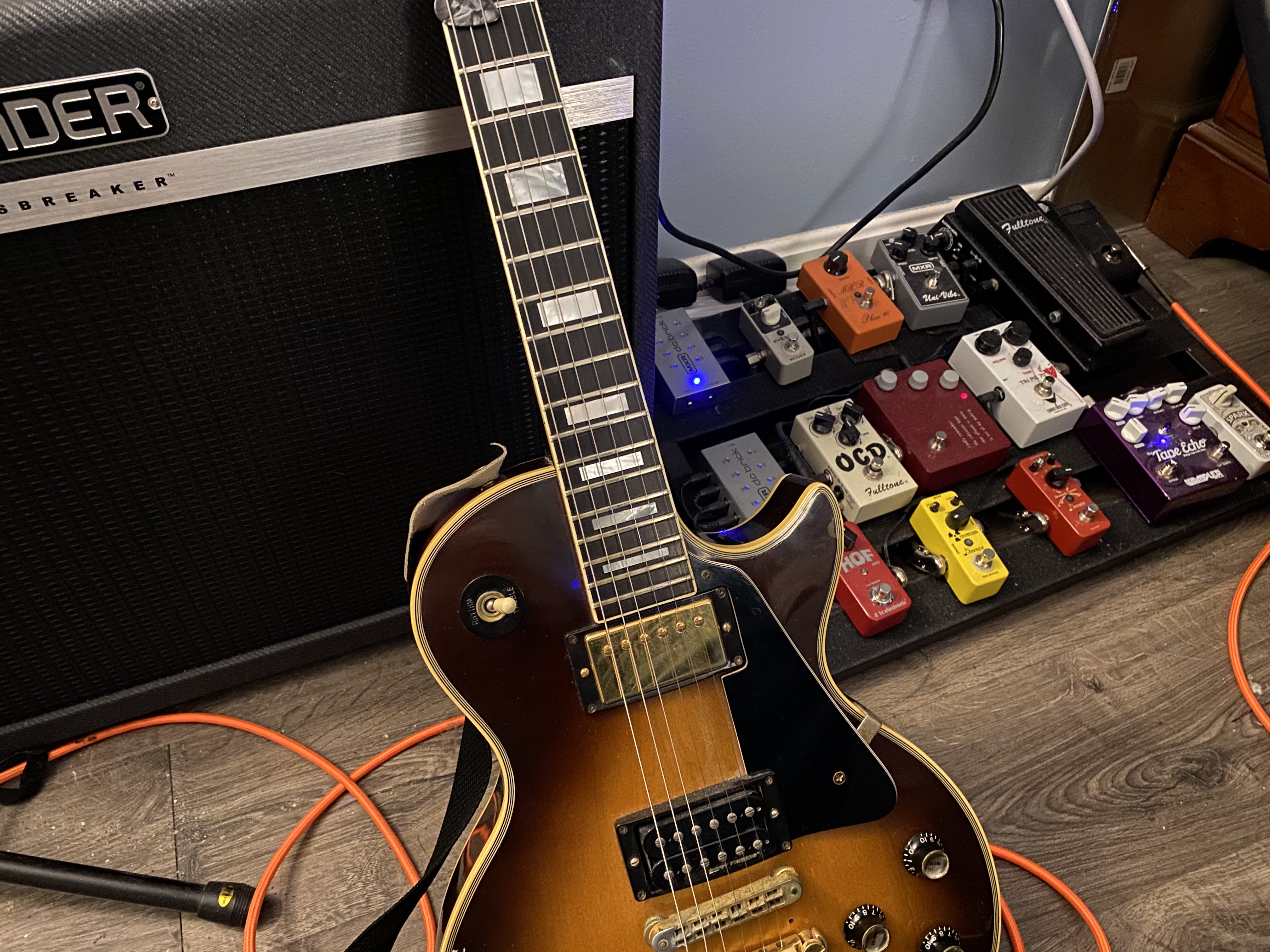