Holy crap, did I just figure something out?

When I record guitars in my bedroom there is a ton of extraneous ground hum coming through my amps. I always put it down to using too many pedals and too many cables and all that, but back in March I recorded using just one amp and no pedals and still had a lot of noise. I didn’t think it was my amp, I just thought there was something else going on.

It literally just dawned on me what it is! It’s the overhead lights in the room!

When I record in my little guitar nook I have the laptop running on battery. I’m one plug short of being able to cover everything I need, so battery it is. I was just thinking to myself that maybe it’s time to get an adapter with two plugs so I don’t have to worry about it anymore. The plug closest to where I sit now has my USB audio interface in one socket and a lamp in the other. I thought, I could just unplug the lamp while I record and plug it back in when I’m done because I usually turn on the super bright overhead lights and that’s when it hit me.

The overhead lights are on a dimmer switch. Hot Damn, why didn’t I think of that? Dimmer switches are the noisiest bastards in the electrical world (I don’t know if that’s true or not, but lets just go with it) and they are the bane of many a professional recording studio’s existence! Also, there are three lamps in the room that all have smart bulbs. I bet those kids are noisy as hell too! I bet if I turn off all the lights I won’t have as much 60 cycle hum coming through my amplifiers! I bet!

I mean, I’m probably wrong, but who cares! I feel smart right now, just let me enjoy it for a while.

The bad news is, it’s Monday again. The good news is, thanks to Independence Day it’s only a four day work week. Bliss.

I did some car singing today. June Music is done, 50/90 doesn’t start until Saturday. What did I do? The Great Re-Recording Project. Actually, in my mind I still think of it as The Great 2015 Re-Recording Project because that’s what I originally called it. The old name doesn’t quite work anymore.

Anyway, I worked on vocals for two songs. I spent a little more than an hour. When I do album in a month or demo projects like I’ve been doing I don’t mind copying and pasting vocal tracks. If a song has two choruses I sing it once and paste it everywhere else. I don’t want to do that on The Great Re-Recording Project so it takes a lot more time to finish a song. I want each note played by a human to be unique. I did copy and paste the MIDI instruments. Drums I can’t really help because it’s the GarageBand Session drummer. I might do a unique tweak to each section. Bass… I’m really thinking about redoing all of the bass parts so that I don’t copy or paste anything. We’ll see.

Anyway, I did two songs. They both sound a smidge better than the scratch tracks I already had, so it was worth it. It was, however, definitely stressful. There were a lot of people around. No one actually close, but I was most certainly not alone. I pulled into a spot at around 7:30 and there was a “work” crew two sections away. I put work in quotes because they weren’t actually working. They were just hanging out and they were pretty clearly watching me. Could they hear me? Doubtful, but I was belting as loud as my meager voice can get. Maybe? Doubtful. I think they were on the 8:00 shift with the grounds crew and were just early. There were a lot of additional people on the crew wandering around and there were cars and trucks (and a crane?) driving in and out.

A second work crew showed up at 8:00. Three cars, four or five people. They were in the same lot I was in, but on the opposite end. They were much closer than the not-working peanut gallery, but they only stayed outside for a few minutes before moving into the movie theater. Still too close for comfort though. There was probably enough time, battery, and bladder capacity for me to start working on a third song, but I bailed. There were just too many people. When I pulled out of my spot I saw a third cheering section. Two cats in an SUV only two rows behind me. Way too close for singing comfort. They were okay by social distance standards but what the hell guys, there’s a whole string of parking lots. Pick one of your own.

I’m thinking I need a new parking lot for morning singing. Either that or I have to leave the house 60-90 minutes earlier. On the way home I went to another spot to check it out. I drove up to the Tenney Castle grounds. It was mostly quiet (one jogger in the middle of the driveway with headphones on who couldn’t hear my nearly silent Hybrid car until I beeped. It was pretty funny), but I had actually forgotten that there isn’t a parking lot there. The driveway ends in a rotary. Bummer. Maybe early mornings at the library? They have a pretty remote overflow parking lot there. Maybe.

Anything else going on today? UPS? My amp is back in Out for Delivery Status with a date/time of today by 9:00pm. Should I hold my breath? Look at me. I’m totally holding my breath. Wow, I might actually turn blue from all of this holding my breath.

We did some minor furniture rearranging in some of the bed rooms last week. Over the weekend we spent some time planning for future changes as well. Nothing to report yet, but discussions are being had. Maybe the quarantinie life might lead to a slightly rearranged house. Maybe not. We’ll see. We did add a bunch of new smart light bulbs to a lot of the rooms. Most of the house already had some. Now we have more. The Internet of Things and all that. Groovy. Just don’t hack my lights, dude. M’kay?

Welp, it’s 9:00am on a Monday morning. Enough of my yappin’, let’s boogie… and by boogie I mean start the work day.

Talk to you all later.

We rebuilt all of our smart lights in the app today so that we could move some of them around. Now we’re just hanging out In the living room listening to Abby Road (over Sonos, not vinyl) and being exhausted from a crazy busy day. 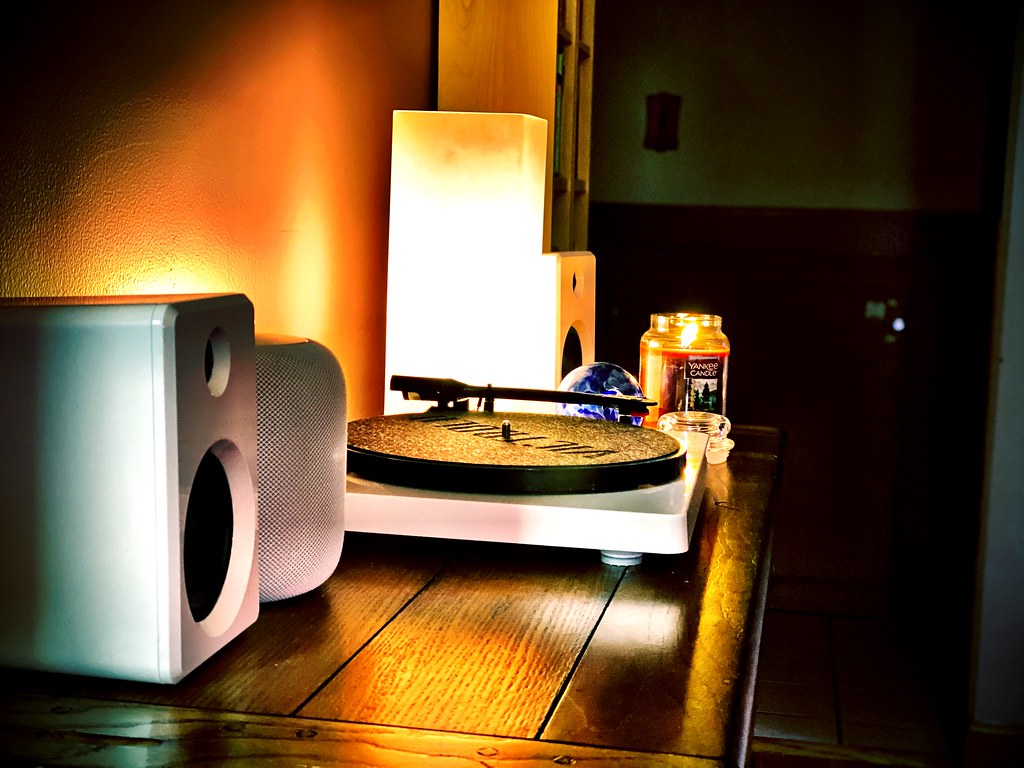 I used to live here.
Clouds over the grocery store.
Happy international cat day.
They are like a little family. I am such a nerd.
Blurry background… on purpose. Kick ass.
A Farewell to Kings