Quinoa. It’s not all the same. Who woulda thunk?

When I was still going to grocery stores I bought quinoa from what we’ll call Brand A. When I cook the one dish I know how to cook I put one cup of quinoa into two cups of boiling water and it takes about 15-16 minutes for the quinoa to absorb all the water.

For most of our lock down, instacart has been bringing us quinoa from what we’ll call Brand B. When I cook the one dish it takes about 9-10 minutes for the one cup of quinoa to soak up the two cups of water.

After months cooking with Brand B, instacart brought us Brand A again. Hooray! Not that it is better tasting (thought I think it might be) but just because it was fun. Unfortunately I was in such a groove of needing 10 minutes that having it take 15 completely threw me off my game.

We asked instacart for quinoa and they brought us a 2,000lbs bag (slight exaggeration).

That’s a lot of quinoa.

I’ve lost 22 pounds since Labor Day weekend. After I lose about 180-200 more, and then keep it off for years and years, people are going to ask me…

Rob, you used to be the fattest of all fat asses, but now you are a skinny little 6.5 foot tall twig. How did you do it? What’s your secret?

My answer will be… 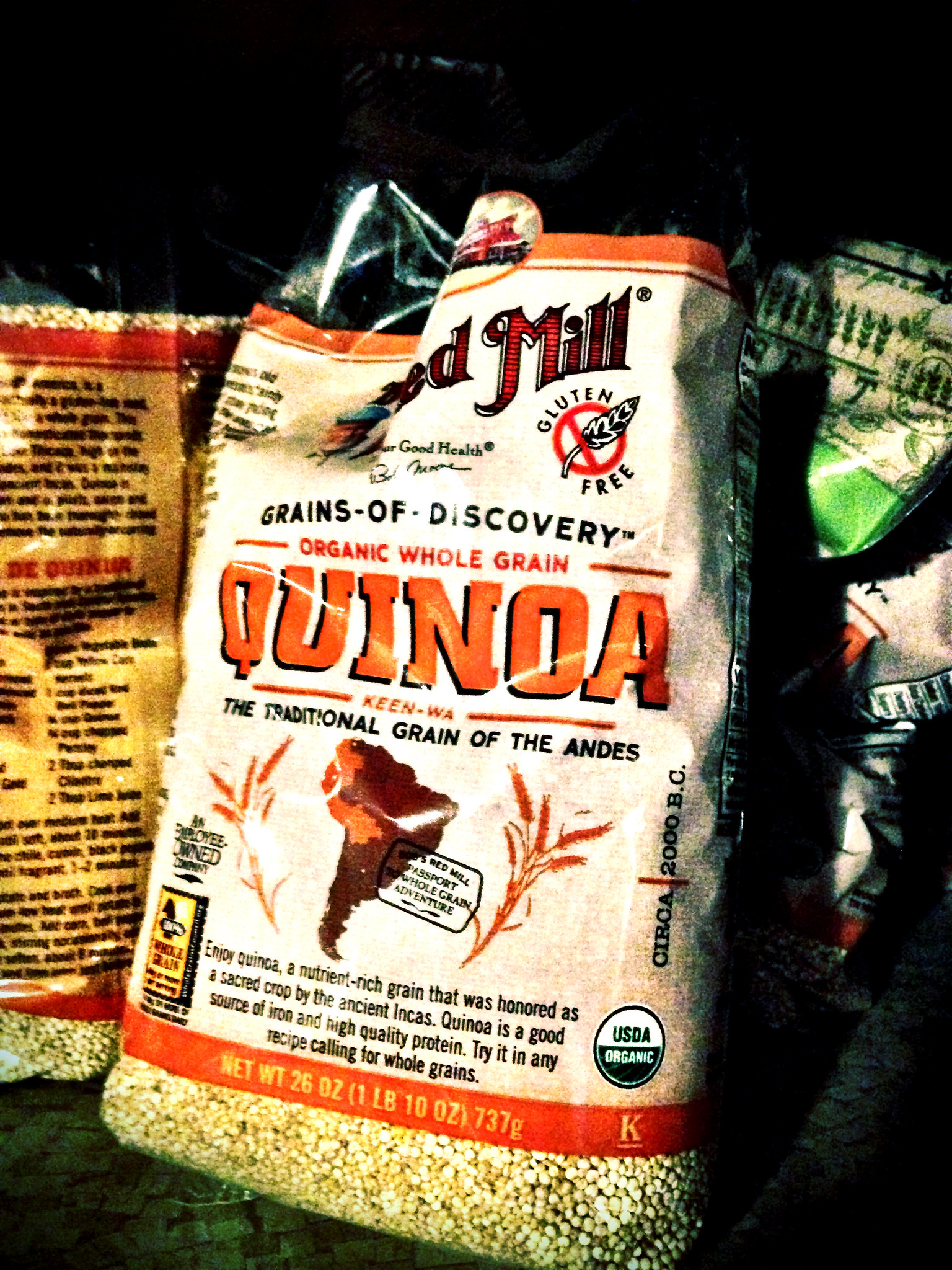 I was a good boy today. I managed to go the whole working at home day without splurging on junk food. I followed the weight watchers rules to the letter. Then for dinner I did something…

Well, not really but… really.

Jen made a really delicious veggie stir fry for dinner tonight, along with some quinoa. You might think the quinoa was the insane thing, but we’ve been eating that since just after New Year and I really like it. No, the craziness was in the stir fry, right along with the spectacular broccoli.

Not only did she make it… but I…

The world’s pickiest eater had fish over the weekend and now he’s had tofu. Un-be-freakin’-lieveable!

The first bite of tofu was okay. The taste was sort of non-existent but the texture was a little creepy. The second bite… not so much. The texture just got to me. I didn’t like it.

The point is THE WORLD’S PICKIEST EATER IS TRYING CRAZY NEW THINGS! Quinoa, fish, tofu! What the hell has happened to me? They are going to kick me out of the picky eater’s club!

(and I am okay with that)