It’s the tail end of my lunch break and I have nothing to share. Hard to believe, I know.

The contractor is supposed to be getting here within the next 10 minutes or so. I would be stunned if he was able to prime the whole cellar (the cellar is kinda huge), but I am really looking forward to going downstairs after he leaves and seeing how far he gets. Color on the walls? It’s hard to picture it in my head.

I have a group meeting today at 2:30. I am planning on letting my staff know that I am going to be out for a while for the surgery. My boss has all the details, and so does his boss and likely his boss’ boss. The people who report directly to me have not been given even the smallest hint. I don’t know what I am going to say. I might just say I am going on medical leave and leave it at that. Fessing up to weight loss surgery is embarrassing. Well… at least fessing up to actual people rather than posting about it on the anonymous internet is embarrassing.

We’ll see how it goes.

The chicken is in the oven, the veggies are all prepped. I have about 7.5 minutes before I have to start prepping the quinoa, and I typo’d the word “the” twice in the first sentence.

It’s December 6th today and the weather is weird. It was raining and blah all day, but it was also warm. The temps were in the high 50’s. I actually thought about opening up some windows, and I had my little desktop fan on for a while. How crazy is that?

Today at lunch I read about a mini-galaxy with a black hole at the center that is almost as big as ours. That does not compute, but it is also awesomely cool. There was a lot of online buzz about the two Walking Dead shows from last night. Well… not Fear, that show was atrocious and pretty much everyone agrees. No, the item of interest happened a couple hours after the episode aired when they announced the original lead character, who was supposed to have been killed off three years ago, is coming back. Oh good. I sure the writing they use to pull that off will be stellar. Yes.

Also, lots of buzz about the end of World Beyond. Specifically the post credit scene where we visit another country for the first time, and a tie in to the original show’s season one finale. It’s interesting and all, but it seems odd to give us a cliff hanger at the end of a show that literally no longer exists. I mean, it would have worked better if they told us where we could expect the pay off to come from. As it is we know there’s a road trip spin off from the main show coming, an anthology show which seems like a convenient excuse to bring back dead characters without retconning the way the morons at Fear are about to, and a set of hypothetical, near mythical movies. Safe to assume any payoff would be in the theaters, but who the hell knows. Whatever, the end of World Beyond was pretty satisfying and on the whole the two seasons ended in a way that makes me happy I stuck with it.

Okay. Time to prep the quinoa. Enough of this TV recap bullshit. It’s time for Chef Lard Ass to get-a-cookin’!

I didn’t have that feeling today. I knew it was going to be a rough day and it’s just continually gotten rougher and rougher. I’m on top of everything at work right now, but somehow it just feels like everything is trying to kick my ass. I mean, it’s not but it definitely feels that way.

Part of me wants to start screaming, but if I do I’m beginning to fear I won’t stop for hours.

On the up side, I am officially two weeks post-second vaccination shot. Wanna go to dinner or a movie or a concert or something?

We all knew it would happen eventually. Welcome to the first working-from-home-lunch-break-on-the-patio of the quarantine.

I have a conference call in 25 minutes, and I have everything I need in order to join it out here with me. Do I take the call out here or do I go back to my desk?

Probably go back to my desk.

How did you spend your lunch break today? 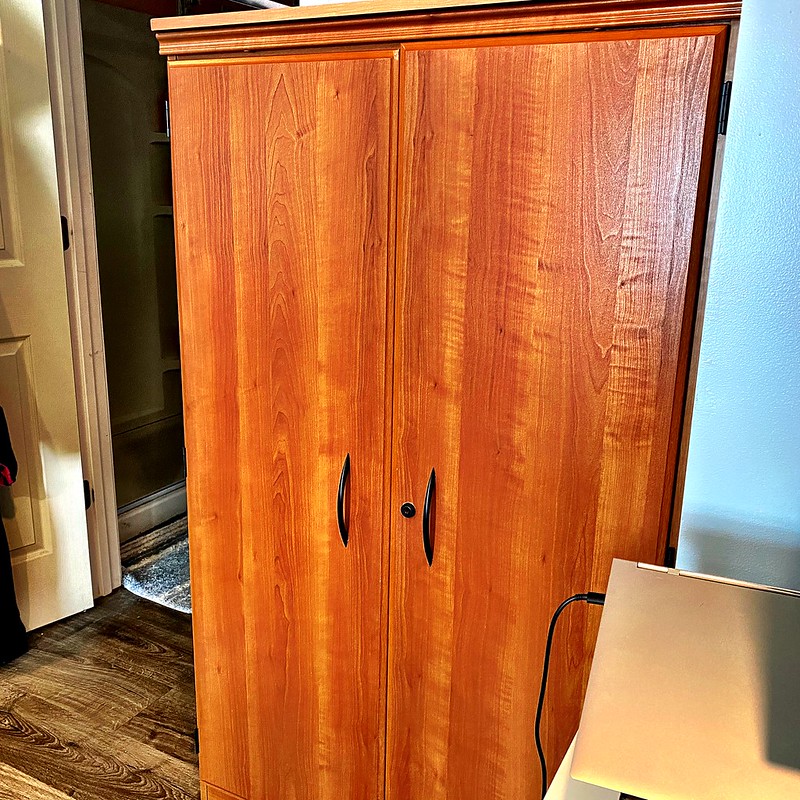 (Just the doors, note they aren’t straight. I did the rest of it on Tuesday after work) 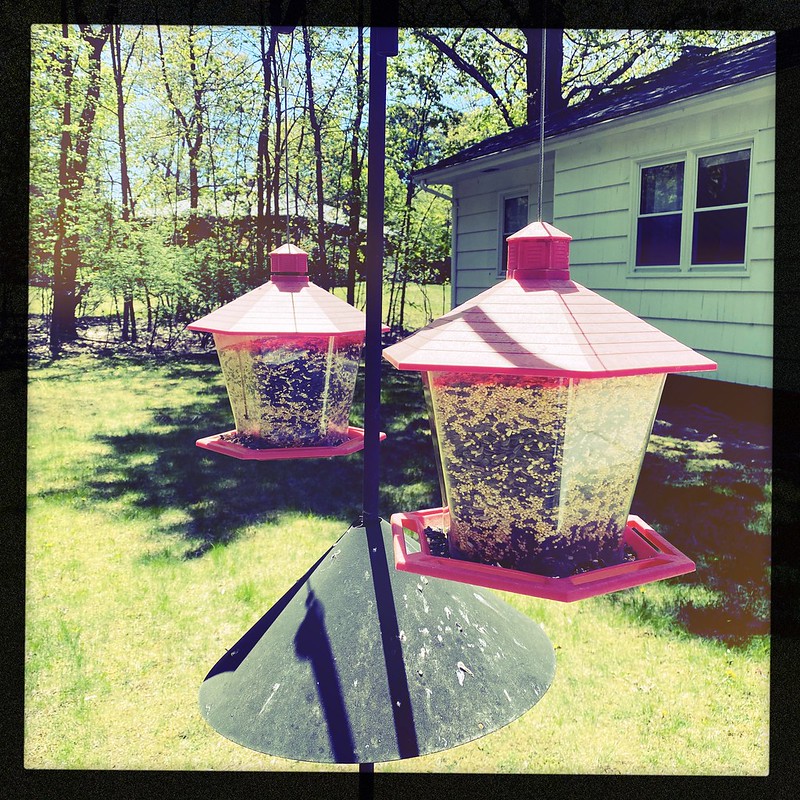 The 40lbs bag of bird seed is now empty. Yikes!

Nerd boy plays with Oggl while his burger cooks on the grill… again.

Oggl now lets you import images from your photostream. So I had to try it, right?