Today is Jeff Beck’s 76th birthday. Happy Birthday to the only person left on my I-Need-To-See-Him-Before-I-Die musicians list. One of the Big Three Yardbirds lead guitarists. One of, if not THE, best guitar players ever to breath oxygen. Well… the best ever in the recorded era at least.

Whatever your taste in popular music, he’s been there and done that and been better than everyone else. Blues, R&B, rock, soul, funk, metal (in the 1970’s sense at least), Jazz, pop, electronic, industrial, he’s even dabbled in classical a couple of times.

He’s brilliant, and unlike all of his contemporaries he never lost a step. He’s as good, if not better, than he was in his youth.

The most important thing about Jeff Beck’s birthday? It’s also my brother and sister in law’s wedding anniversary. Happy 14th, John and Mary. And Many More!

You know what?  After four days of practicing, my fingertips are hurting.  I guess I am having a little bit of a callous issue.  I didn’t think that would be a problem, but here we are.

I said I was going to run through some of our more challenging songs.  I didn’t.  I just noodled for about half an hour and then tried to play along with a few Jeff Beck songs.  I still had most of Rock My Plimsoul in my head, and I can still nail that perfect solo in I’ve Been Drinking (it’s really simple but it’s one of my favorite solos on any instrument ever).

I’ve played the SG the last two nights, after playing the Les Paul the previous two nights.  Part of me is thinking that maybe the SG might be the go to guitar for at least the first set tomorrow.  I’ve never played it at a gig before.  Maybe it will have it’s debut.  We’ll see.

It is a little dusty though. 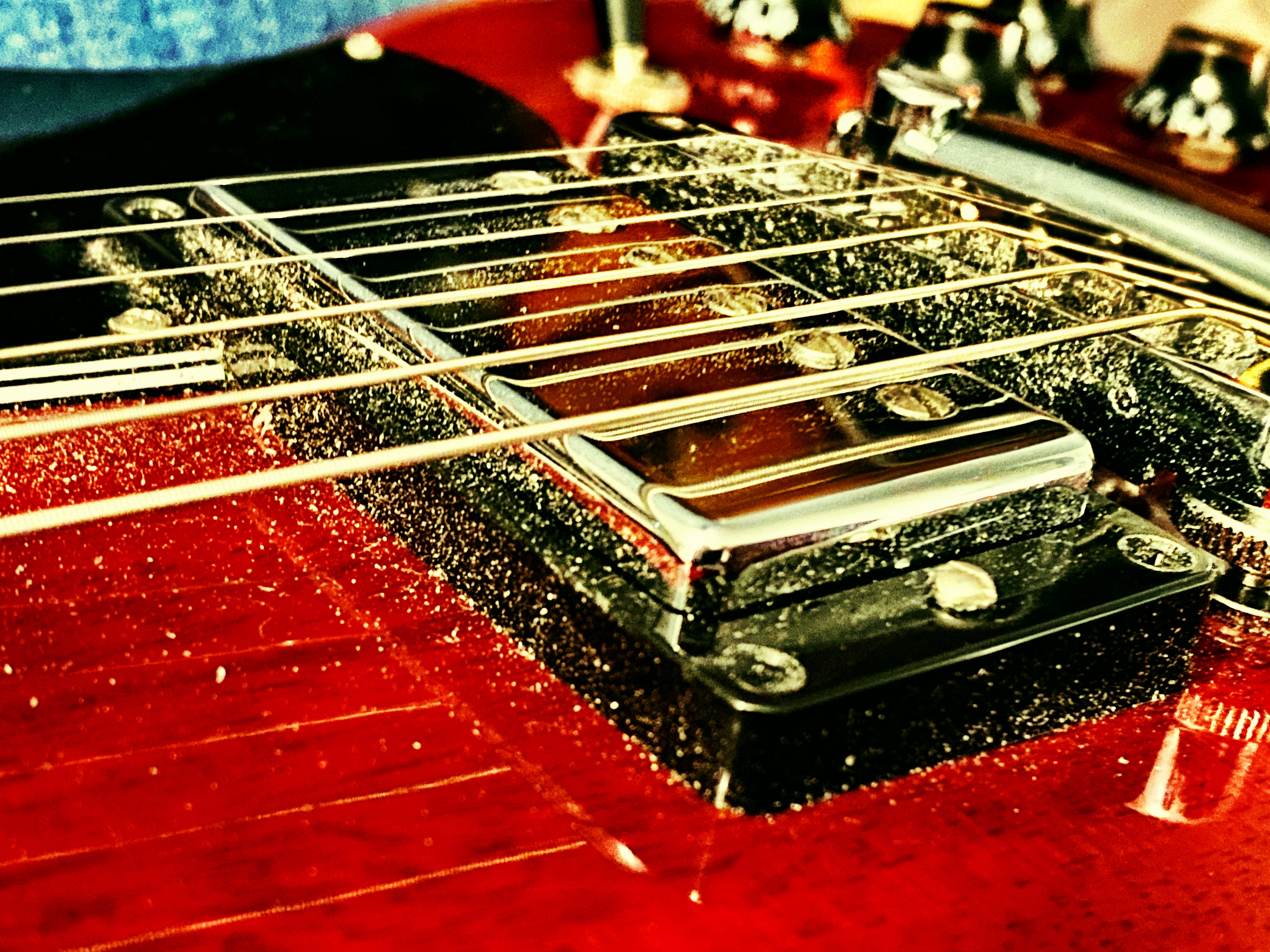 You know this song, I am sure of it:

Are you aware that this is not the original recording of this song?  Stevie Wonder wrote Superstition for Jeff Beck.  The story, as I heard it (I don’t know if it’s true or not), is that Beck played on one of Stevie’s records and Stevie wrote him the song as payment for the session.  Beck had just started a new band and used the song as the centerpiece for their first album.

The band was Beck, Bogart, Appice (aka BBA) and despite the fact that it might have been the most talented trio in human history, their album is pretty crappy.  Superstition is by far the best track, but even it is a bit on the weak side.

Regardless of the quality of the recording, it’s an awesome riff and a monster groove and Jeff Beck is a god.  When I was a kid I had a cassette tape full of songs that I loved to play along with when I was locked in my bedroom playing my guitar.  Beck’s version of Superstition was absolutely on that tape.  I could totally play it in my sleep.

Fast forward about 30 years to modern times.  Two weeks ago at a band practice, the four of us sat around throwing out ideas for songs to learn.  Someone suggested Superstition.  They were thinking Stevie Wonder.  I said yes, thinking BBA.  Over the last few days I have taken to re-learning the song.

I don’t know how I used to play this song.  It was tying my fingers in knots.  What a mess! I was playing around with both versions, as well as the Stevie Ray Vaughan version, just trying to make some coherent sense out of the whole thing and damn was it rough! When we played it at rehearsal tonight it was okay, but I scared myself for a minute there.

So I guess that answers the unanswerable question… am I a better guitar player today then I was when I was a kid?  That would be a solid NO.

Speaking of Stevie Ray Vaughan, I changed up the dirt section of my pedal board.  I took out the green Big Muff and added a Tube Screamer (Stevie Ray used Tube Screamers… that’s why I said speaking of Stevie, get it?).  I used to have my Fulltone OCD as a boost followed by the green Bass Big Muff followed by an EHX Soul Food for a volume boost for leads. Now it’s the Tube Screamer as a boost into the OCD as the dirt source, and the Soul Food stays as the volume boost.  It sounded okay, but I need to bring the board and the amp home for some detailed tweaking before the June 3rd gig.

This song was in my head for most of the afternoon. Written by Stevie Wonder, Produced by Sir George Martin, Performed by Jeff Beck. For my money, this song might have the best guitar solo in recorded history.

I just had to get that off my chest.