So I’ve kept a little Union Jack on top of my guitar amplifier at home for years and years. The reason is, I hoped that magically it would help me sound like The Who. Strangely it never worked.

Now it could have a new meaning, but only under one certain condition. I could sit it on top of my new Vox amp because Vox is a British company…. well, they are Japanese now, I think, but Vox amps, along with Marshall amps, are often referred to as British Sounding amps… because they were designed and (used to be) made in the UK.

Conversely, Fender amps are often referred to as American sounding amps because Fender is based in the US. They are also based in Mexico and Japan, and I believe the Bassbreaker series is actually made in Mexico.

Whatever, Vox is UK, Fender is US. If only I had a little American flag, I could put the proper flag on each amp. 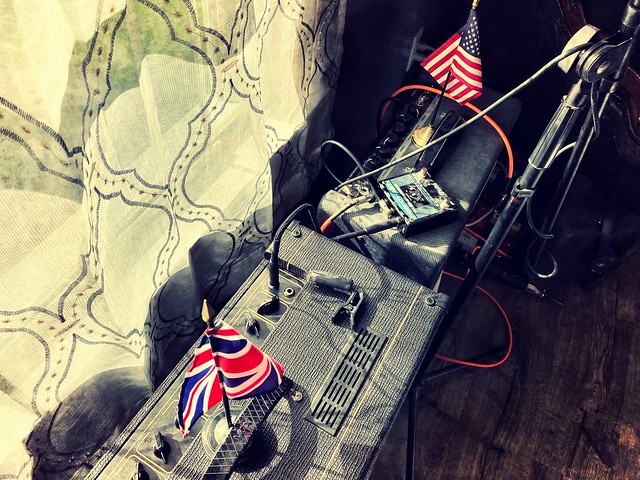