I tried signing up for a wordpress.com Blogging University course last night.  Nothing happened.  I tried again today using Chrome because maybe it had something to do with click functions in Vivaldi.  Nope.  Same nothing as before.

I was going to have veggie burgers for lunch today but I bought a different brand this week and they need to defrost.  I don’t have time for that.  Crud.  I bought a package of veggie (imitation) chicken nuggets too.  Maybe I’ll have some of those.  Maybe I’ll just make a chicken sandwich and pass on the veggie meal of the week for now.

Senator Warren dropped out of the Democratic Presidential primary today.  If you didn’t see that coming then you weren’t paying attention.  The thing I didn’t see coming was her not running the table.  I really thought she would be the one.  Now I’m looking at Senator Sanders and thinking Senator Warren would be a really good running mate.  Probably not though.  Ideologically they are too similar.  I don’t know.  Maybe if Biden tagged her as his VP it would be a better mix?  I don’t want to have to vote for Biden.  I absolutely will, but I don’t want to.  I really don’t want to vote for Sanders either.  I will, but I don’t want to.  Warren was my choice from day one.  Hell, I wanted Warren to run in 2016.  Oh well.  I guess she has to go back to kicking fascist ass in what’s left of the US Senate.

A new episode of Star Trek Picard came out today.  I watched it before work.  I was hoping the Troi-Riker family would have had an easier go of things, but it was nice to see them.  Have I mentioned this show is fantastic?  I am pretty sure I have.

Apparently there was a suicide at Disney World yesterday.  Some one allegedly jumped from an undisclosed location at the Contemporary resort.  I’m glad this didn’t happen when we were there, though there was an incident during our stay.  We had gone out for something one evening and when we returned there were insanely well armed cops stopping everyone at the entrance to the Yacht Club driveway.  Our Lyft driver was stopped and asked if she had received any threats that day.  No, she hadn’t.  It turned out that the Yacht Club/Beach Club area was on lock down while we were out.  As we were going into the lobby I asked a staff member if anything was up.  He had no clue, or at least he told me he had no clue.

We found out the details the next day and it was all nothing.  There was a report of a suspicious, armed individual wandering around the Beach Club parking lot and everything was locked down as a result.  It turned out that the suspicious, armed individual was neither suspicious nor armed and it was all an overreaction.  I wonder what he was doing to scare whomever reported him.  According to the news it was nothing at all.

Fortunately our stay at the Yacht club was undisturbed, apart from having our Lyft stopped, of course. 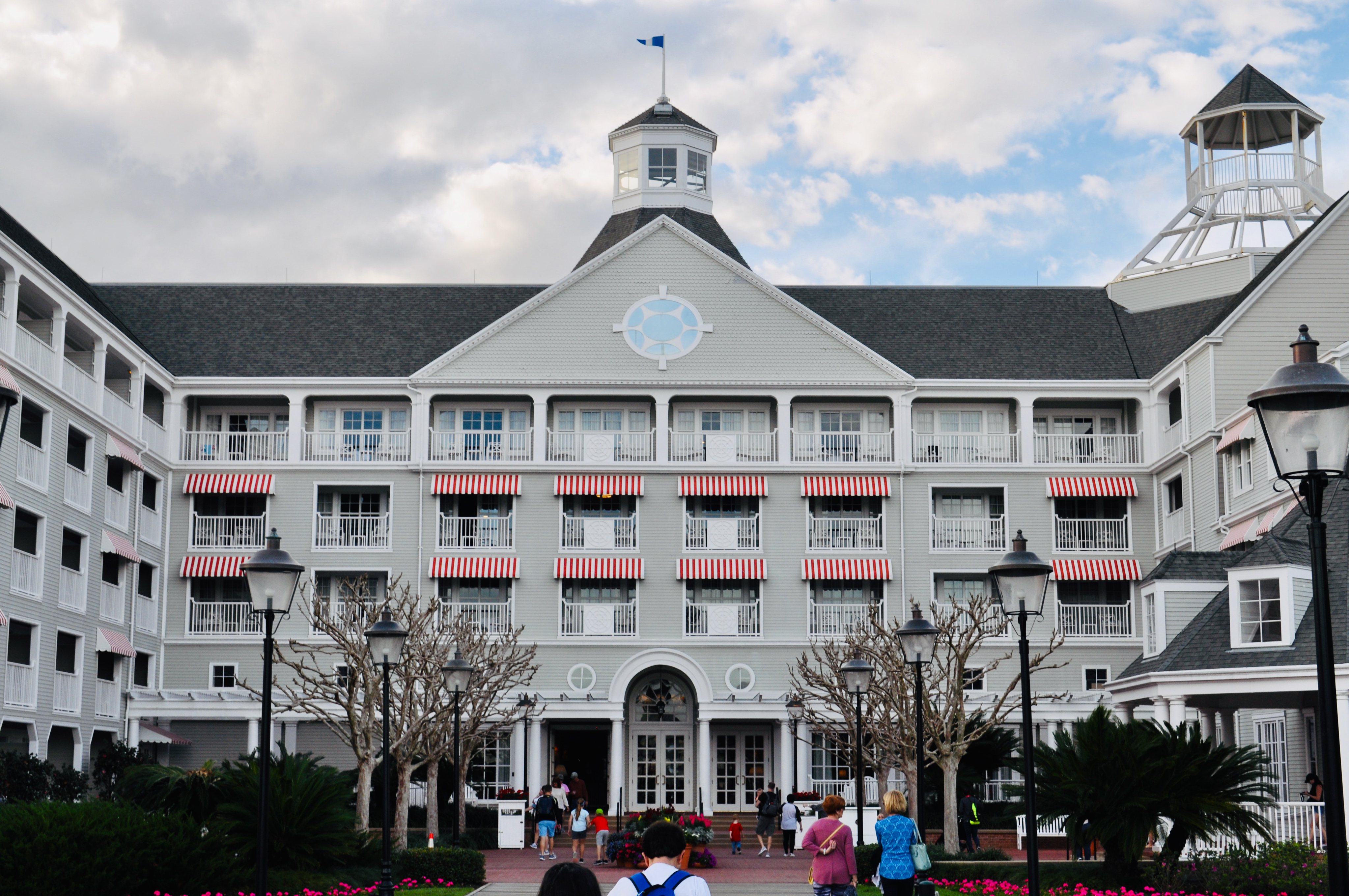 I’m really like the Yacht club, but do I like it more than the Polynesian? Maybe. Maybe not. I don’t know.

I want to stay in the room with the round windows.