Lunch time came and I finally couldn’t stand it anymore. I pulled a power cable off of another amplifier and took the new (used) Vox AC15 for a spin. Much to my surprise it actually works. Jen was still working so I didn’t test the volume, but I did play it clean with the master volume and the channel volume low, and I played it dirty with the master volume WAY down and the channel volume cranked. I can still smell the tubes cooking. Nice.

Fortunately, while I was noodling UPS came with the missing power cable. The amp was eight days late. The cable was nine. It’s here though. My ES-335 is feeling like it might need some new strings. Other than that I think I’m ready to record some guitar tonight.

I should note that I still haven’t actually plugged in the new power cable yet. Am I counting my chickens before they hatch? Probably. Oh well. I’m sick of this shit. It’s over. Let’s boogie.

My new (used) amp was delivered today. It was eight days late, but it’s here…. sort of.

It’s hard to tell with a closed back cabinet, but it looks like the vacuum tubes survived the ordeal. Do they work? That’s the question.

Why is that still a question, you ask?

Because guitar center failed to include a power cable in the shipment.

There will probably be a post discussing the power cable situation but (spoiler) I need to calm down first.

I’m getting old. I’m out of shape. Bending down to see something that’s on the floor is no picnic these days. Also, I’m going blind. My eyesight is getting suckier by the day. Also, the printing on the Keeley D&M Drive pedal is really, really small, and the color scheme doesn’t help. The little sucker is hard to read.

Fortunately I have an iPhone. I can reach down and take a pic with the 2x lens, then zoom in on the image and magically I can read the labels on the knobs.

I love living in the future.

Except for the whole pandemic thing. That bites. The other stuff, the tech stuff, is cool. 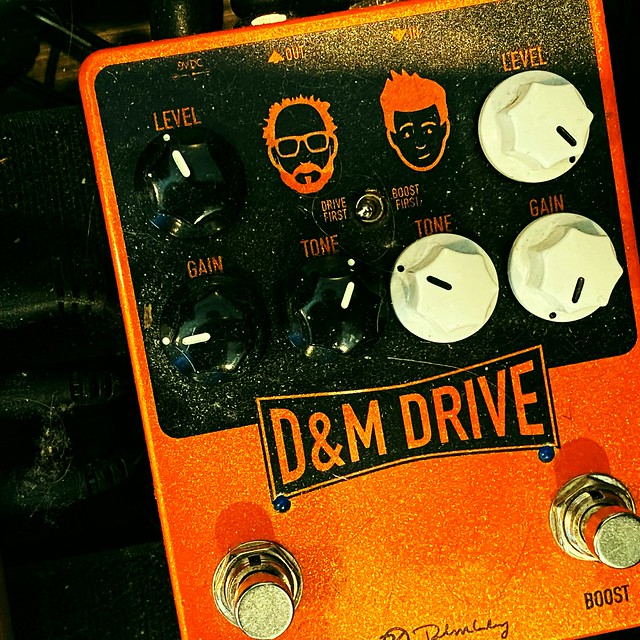 In other words, they haven’t a clue where my package is. Okay. From now on I will reserve all of my bitching about this subject for phone calls to UPS customer service. You folks won’t have to listen to me anymore.

I heard a sound outside. It sounded like a large vehicle. I looked out the window. There was a UPS truck driving away.

I went outside. There was a package. It was large. It weighted about five pounds. What? The amp weighs over 40 pounds.

UPS… come on guys. I mean, I used to be one of you! I worked in the Chelmsford Hub for a year. I loaded trucks bound for the Worcester, MA Center. I loaded trucks for the Portland, ME Center. That was a major volume belt. Come on guys, let’s deliver my new (used) amplifier. My June Music project Trello board tells me I have two songs waiting for lead guitars, and if you drop off that sweet little AC15 I can use it for those tracks tonight.

In other gear news, I was clued in to an independent pedal builder in Ohio who is selling clones of the Fulltone OCD pedal and donating the money to Black Lives Matter bail funds. How awesome is that? Seriously, that made me so happy. He did a very small run (looks like his business only does small runs. In fact, it feels like the business is just one guy in his house) and then did a second slightly bigger run (the pedals are named Black Lives Matter and that too is awesome). I sent him three questions on bookfayce. Are you going to make more, which version of the OCD pedal are you cloning, and how much are you charging. I know it’s going to be expensive, but if he makes more and I get a chance to buy in, I am totally going to buy one. I’ll do it for two reasons. First, I want to use all the arguments I had a few weeks ago as an excuse to donate some money to the cause. Second, I still want an OCD pedal and I want to stick it to Fulltone. Petty? Yes. I don’t care.

There are other companies making OCD clones because of this situation, but for some reason this is the one that’s calling out to me. The name of the company is Malaise Forever Customs. Here’s hoping they make more.

UPS hasn’t come with my amplifier yet. The tracking number still says Out for Delivery, but the delivery date now says the 23rd. Tomorrow.

I just pulled the trigger on a used Vox AC15. It will be delivered to my house but it’s coming from California. I’m guessing the delivery will take about two years, and when it gets here the vacuum tubes will be nothing but a pile of glass dust at the bottom of the cabinet.

The used Vox AC15 I was checking out the other day is still available. I told myself it was still there on Tuesday morning I was going to pull the trigger.

That Pedal Show did a whole episode on the AC15. I forgot about this one. The used an OCD pedal…. this was pre-racist rant. I’m not using mine anymore. Likely ever.

I’ve watched this video a bunch of times and I was watching it tonight because I couldn’t fall asleep.

They compare three 15 watt combo amps with a single 12 inch speaker: Fender Blues Junior, Vox AC15, and Fender Bassbreaker 15. I have a Bassbreaker 15 and it’s currently my #1 amp for playing at home. I mentioned earlier that I’m on the verge of talking myself into buying an AC15 too. I want to run the two amps together and if I can get enough volume out of the combination they might turn into my gigging rig (assuming the Coronavirus ever allows us to play gigs again).

Just posting the video (I bet I’ve posted this one before) to try and psyche myself into buying the Vox. That’s all.