Just to prove to everyone who is(isn’t) reading these stupid RPM Challenge posts that I haven’t given up on the project (the way I told the RPM website I was), here is the first mixed song.

It sounds like dog shit in every measurable way.

I haven’t been keeping up with the updates, but I have been making progress. Not a huge amount of progress, but we’re getting there.

Let’s take a look at the Trello board, shall we? There are currently three active columns: Idea Stage, Ready for Rhythm Guitar, and Ready for Lyrics and Vocals. you can tell that I put a ton of thought into my naming conventions.

The Ready for Lyrics and Vocals column has three entries. Each one consists of a sketched out song form made up of fake bass and fake drums from GarageBand, and a couple of tracks of rhythm guitar. There is also a photo of my amp settings for each song, just in case I need to revisit it.

The Ready for Rhythm Guitar column has six entries. Each one represents a full song form made up of fake bass and fake drums from GarageBand. It is my sincere hope that each of these will be moved to the ready for lyrics column by the end of business today.

The Idea Stage column has five entries. Each one represents a little guitar noodle recorded into my iPhones Music Memos app. I haven’t listened to any of them in about a week, but I believe two of them are similar to things that were used already in one of the songs.

To sum up, I have nine songs in various stages of progress, and three to five little ideas that might become songs at some point down the line. The running time for the nine songs is currently 31:38 (according to my works in progress soundcloud playlist) and that means I have yet to hit either of the RPM Challenge goals (10 songs or 35 minutes). I haven’t given much thought to the FAWM.org (remember, .org. Never .com) goal of 14 songs, but I usually don’t really worry about that until I get closer to the end. My main focus is always on RPM.

My unstated personal goal for the year is to do what I almost did last year. That is to finish off two RPM albums. I ran out of time at 18 songs last year (although there was a leap day to work with, which helped me get that far) and I would like to have 20 finished songs and then pick the 10 best for my submission.

So that’s where we stand right now. What is the plan from here?

Well, we got a little snow this past Tuesday. Some ice on Wednesday. A ton of snow on Thursday. A little snow last night. It’s snowing right now. The forecast also calls for another decent storm tomorrow night into Monday. In other words, the weather sucks right now and I don’t want to leave the house. That means lots of time for music (theoretically at least). If the storm holds off tomorrow I will have band practice, and I probably have to go grocery shopping at some point. There’s also a truck load of laundry to do. Other than that? I want to get the ideas turned into songs and the six songs that are guitar free to have at least some rhythm guitar done. That’s my minimum goal for the weekend. I’d also like to kick off at least a couple more ideas and get them up to speed as well.

What are the chances of me completing all of this work by tomorrow night? I’d say… 3%. Maybe 2%.

Bring it. Let Us Rock (or something similar).

It’s been a musical morning so far. I did some work on my 50/90 failure. I recorded lead guitars for five songs. I’ve got seven more to do but my finger tips are starting to sting pretty bad, and I have a band practice tonight. So I think I’ll take a break, then maybe practice for rehearsal tonight, then maybe sneak in one or two, and then be paralyzed from the top knuckle up for a day or two. Totally worth it.

50/90 isn’t quite over yet though my chances of reaching 50 songs is long over.

When I woke up this morning I had seven songs finished. Four others were lead guitars and a mix away from being done.

This morning before work I wrote the lyrics and melodies, and recorded the vocals for five songs. Wow! At lunch I squeezed in another, and then after work I added two more. That’s eight vocal parts written and recorded today. That’s insane! I bet when I listen back all of the melodies will be identical. Heh heh, probably.

When I woke up this morning I had 22 songs in progress, four with rhythm guitars recorded, and one with a vocal idea sketched out.

At this moment I have 24 songs in progress, eight with rhythm guitars, and still just the one vocal idea.

I don’t feel too terribly well today though, so there’s a good chance all the stuff I did today will need to be re-done. 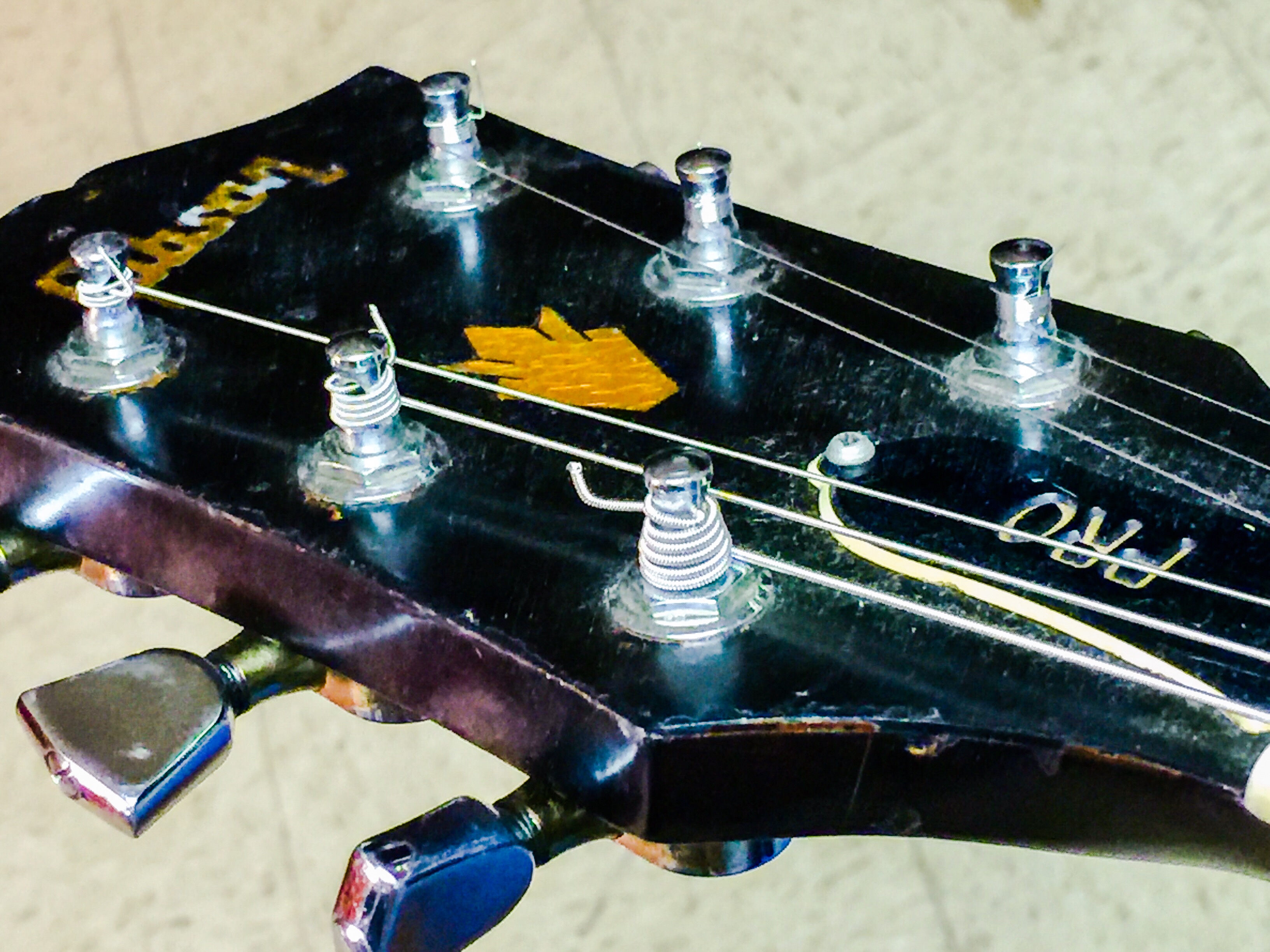 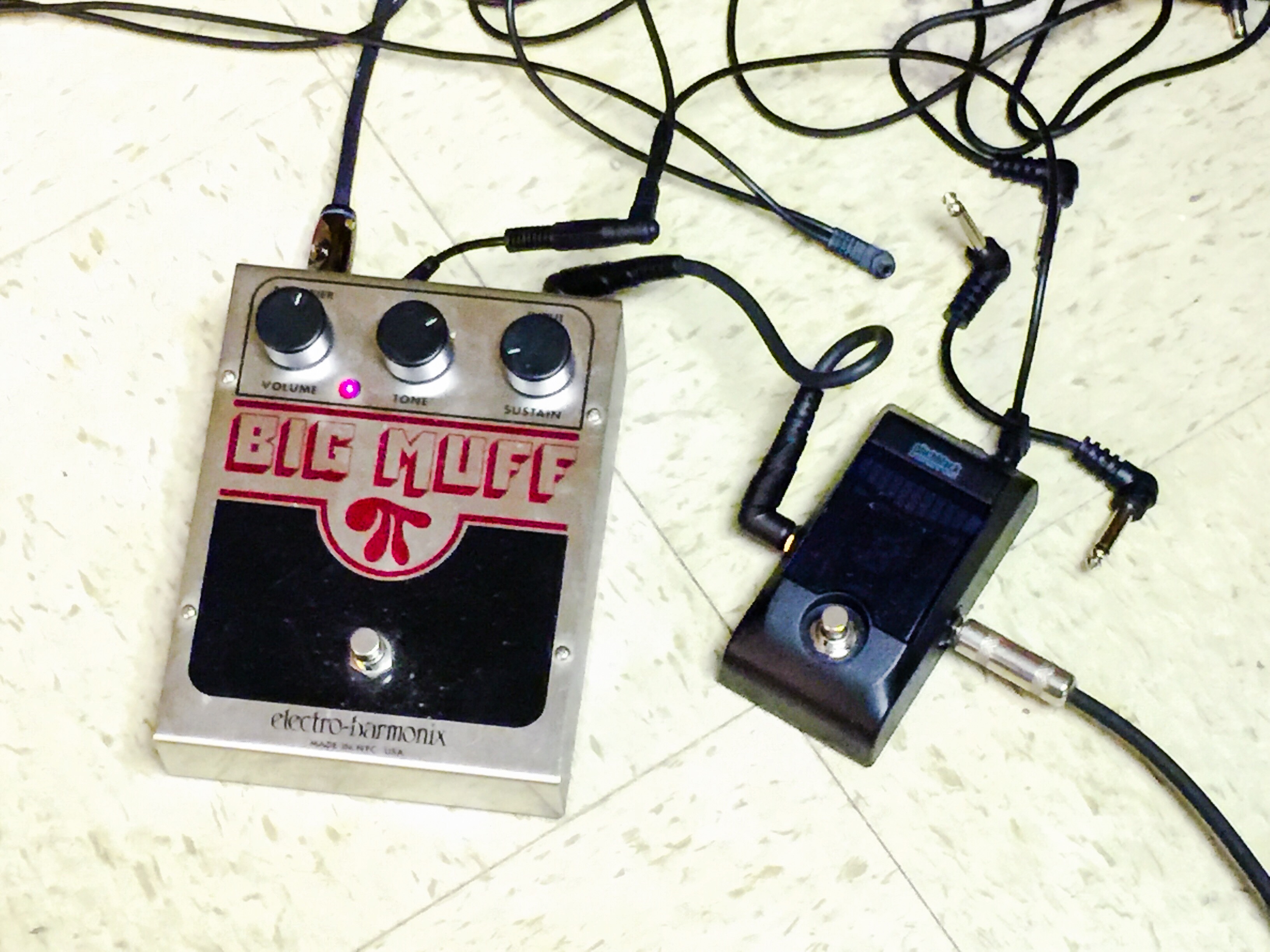 Two of the last three nights have been 50/90 progress free. Am I slowing down? Yeah, probably a little. Is it okay? Well, I’ve got 18 songs in the works and there are still 80 days left… so yeah, I think it’s okay.

If there is a hangup, it’s in the demo recording. I don’t want to use any amp sims at all. I want all of the guitar sounds to be my Fender Deluxe Reverb. All or nothing. I’ll probably change my mind on that eventually, but for now I’m sticking to it. That means no recording in the living room while the kids are watching tv. That’s a big deal. We’ll see how far this goes.

Most importantly, I’m still having fun.

For this year’s RPM Challenge I worked on 23 songs. One was just too awful to keep alive and I dumped it. One other never got further than one or two bass lines on the iPad. Of the remaining 21, 10 made the final cut. Eight were completely finished but I put them on the B list. Three others were pretty far along in the process, but I ran out of time before I could finish them. Those three might have been good enough to make the final submission, but now we’ll never know.

I made a playlist for the left overs, including the three unfinished songs. I will finish them in the coming weeks, but for now they are just rough mixes of instrumental nothings.

I think if you listen to both playlists you will see that dropping the songs on the B list was the right thing to do. At least I hope so. Either way, I got a ton of new tunes.

…and with a little over an hour to spare!

This makes five years in a row for me. Feels like quite a milestone. I had 18 songs and dropped eight of them for the final album. Are the 10 that I kept the best songs? I think so, but I feel way too close to this right now so I can’t say for sure.

I zipped up all of my mp3 files and a jpeg with the cover art and shared it with RPM via dropbox. Hopefully that works and they get it. My profile has been updated with the 2016 submission, but I’m way too tired to deal with any more than that tonight.

For now, here’s a soundcloud playlist with my 10 goofy songs. Hope they don’t suck too bad.

When I left work on Friday I think I had six songs mixed, two songs ready to mix, and a whole pile that were a guitar part away from being ready to mix.

Here we are on Sunday afternoon and I have 15 songs mixed. My head is spinning. I’m not done though. I have to stop for tonight so I can go to band practice and then eat dinner with the love of my life and watch The Walking Dead (priorities, right?).

I still have to mix one more song tomorrow night, and like a moron I actually added a song last night at about 10pm, and then added another one this morning at about 7am. I only need to add vocals to those two and then they’ll be ready to mix too. Vocal tracking will happen tomorrow before work in a great bonanza of get-it-in-one-or-don’t-get-it-at-all.

Beyond that, there are still four more unfinished songs that will have to wait for another day. One or two of them are just awful and were abandoned by choice. At least one of the others was working for me before, but I just ran out of time.

So I expect to have 18 songs available for the finished product tomorrow. I’ll probably drop at least four of them, maybe more. I really want to try and trim the fat for the album I submit this year. Not to imply there’s greatness here or anything like that. I just want it to be less crappy than some of my previous submissions (looking at you, 2015).