There won’t be many more chances for this but we’re grilling up some steak tips while we still can.

Today is one of the worst days of the year. It’s the first day of Autumn. That means Summer is officially over. It’s all down hill from here. Everything is going to die and turn ugly brown and then freeze. I hate this time of year. I mean, there are a lot of things to love. Leaf Peeping is great. Sleeping with the windows open and the blankets pulled up to your eye brows is sweet. Baseball playoffs. Hockey. There’s a lot to love. Still, I find the fall depressing. It’s not a season of it’s own, it’s just the ramp up to Winter. I loathe Winter.

This time of year the traffic is unbearable and you can’t get anything done without suffering through a mass of people who seem to have forgotten how to pay attention to what is going on around them. My 8.5 hour work day becomes 12 hours because it takes so damn long to get there and back.

The trees die, the flowers die, the grass dies. The only thing that doesn’t die is the effing garter snake I just found in the cellar. I was really hoping we were finished with those slithery little assholes. I didn’t have anything down there that I could kill it with. I tried squashing it with the cat’s old scratching post but it just lay there takin’ it like it was nothing. I actually heard it say, “That all you got, fat boy?” The little asshole. Hey, why don’t you use your arms and legs… oh… sorry. You don’t have any! BAM! Sick burn you little reptilian puke.

I guess what I’m trying to say is, here’s a big hearty double freedom rockets right up in your ugly face, Fall. Kiss my incredibly fat ass.

You too, snake. You suck.

I took a vacation day today. Mostly because I wanted to get the kids where they need to be for trick or treating tonight, but also partly because I can no longer put off the painful deed…

My nemesis must finally be dealt with. 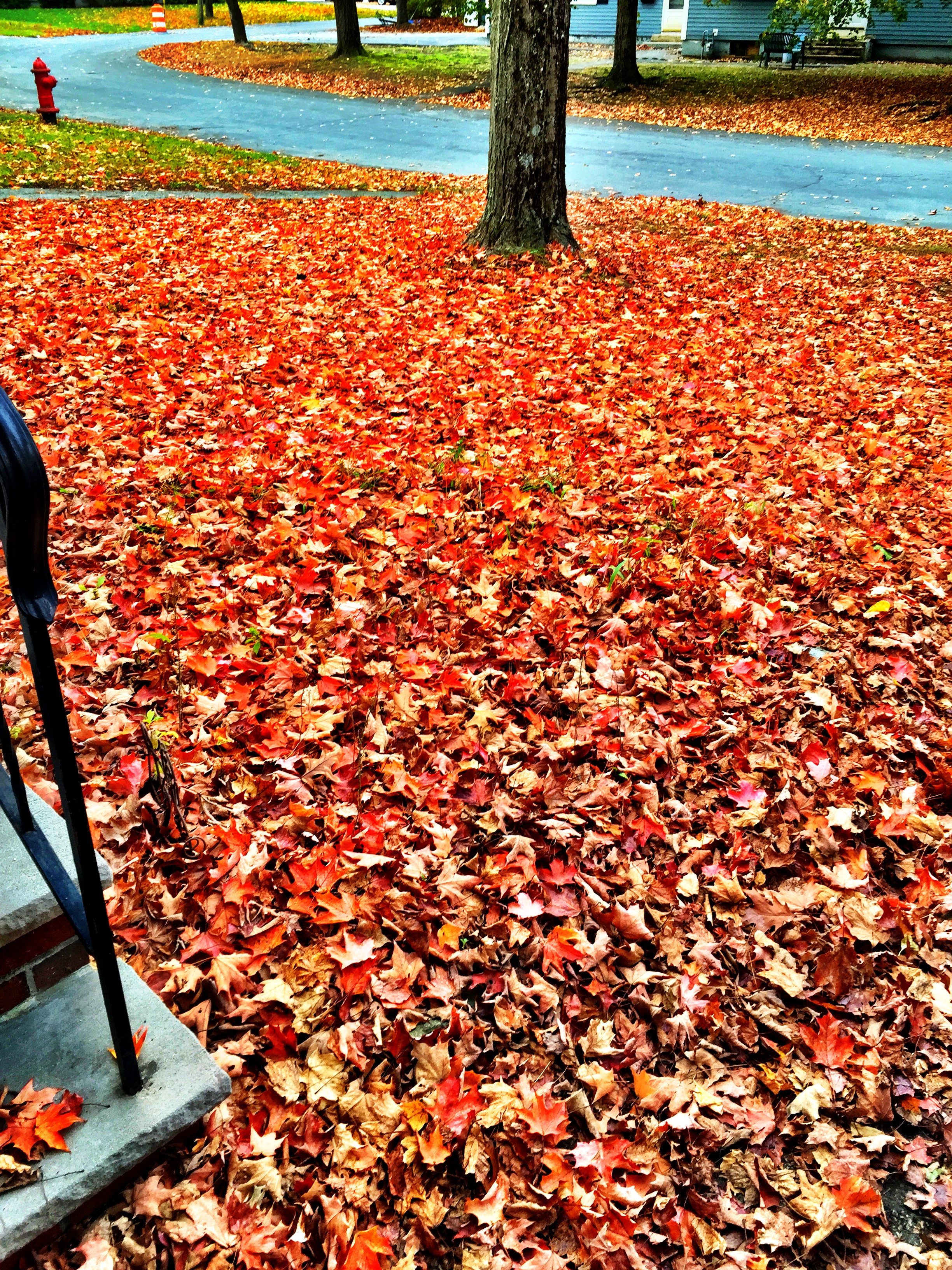 I dropped the kids off at school. Went home and made a little breakfast (and goofed around on the internets for a little bit) and then went outside to tackle the mountain of leaves in the front yard. 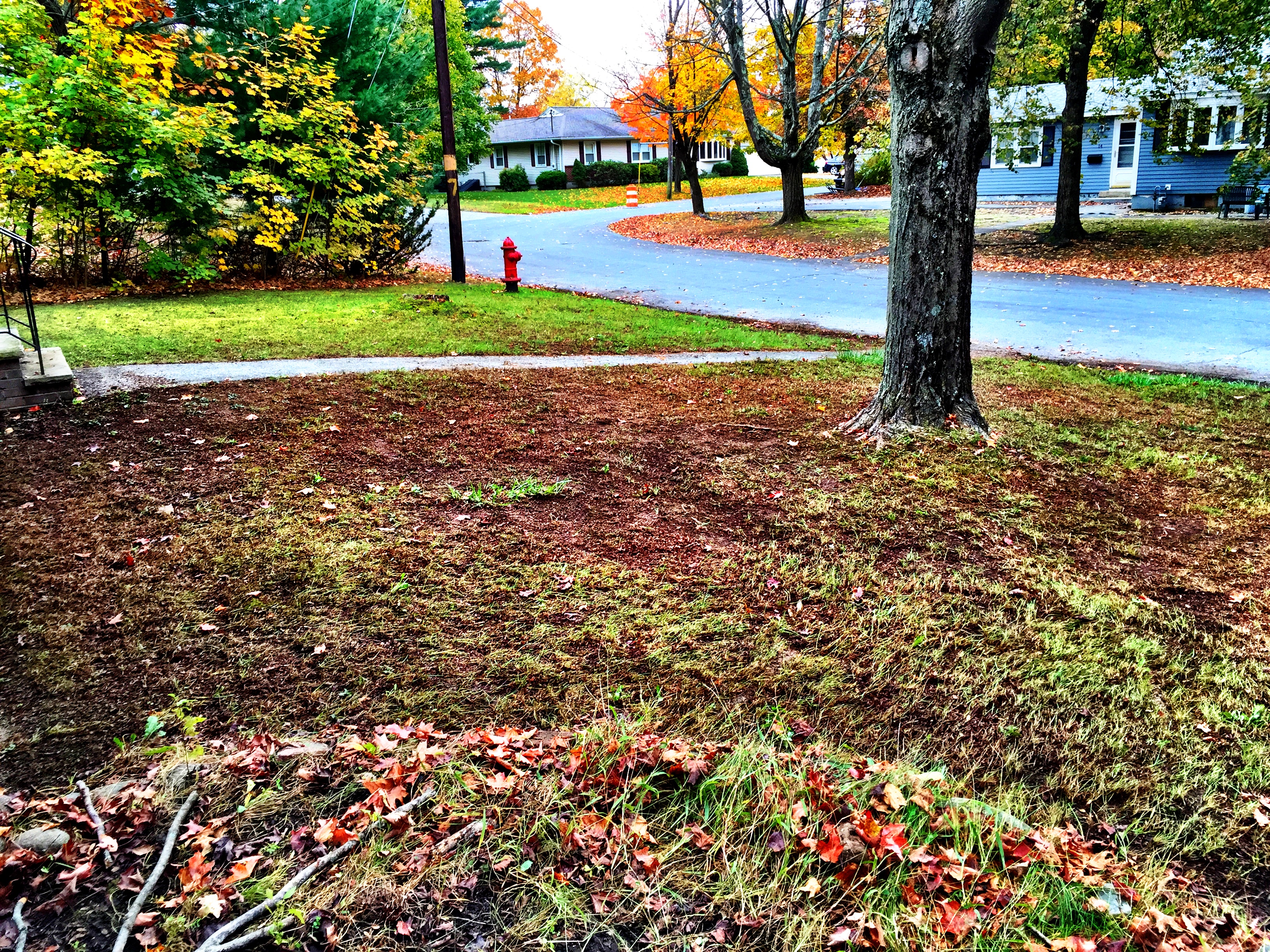 We really need to re-seed next Spring, eh? Also, that tree is probably ready to be taken down. I love it, but it looks about 66% dead.

Notice, of course, that I am only showing the front of the house. I have gone to great lengths to not show the opposite side of the driveway because… well… I still have about 1/3 of the Nemesis left to deal with. That’s going to have to wait until the weekend. Sorry.

I wonder what kind of animal living in the back yard wild kingdom left this behind? Probably one that just had a baby girl. 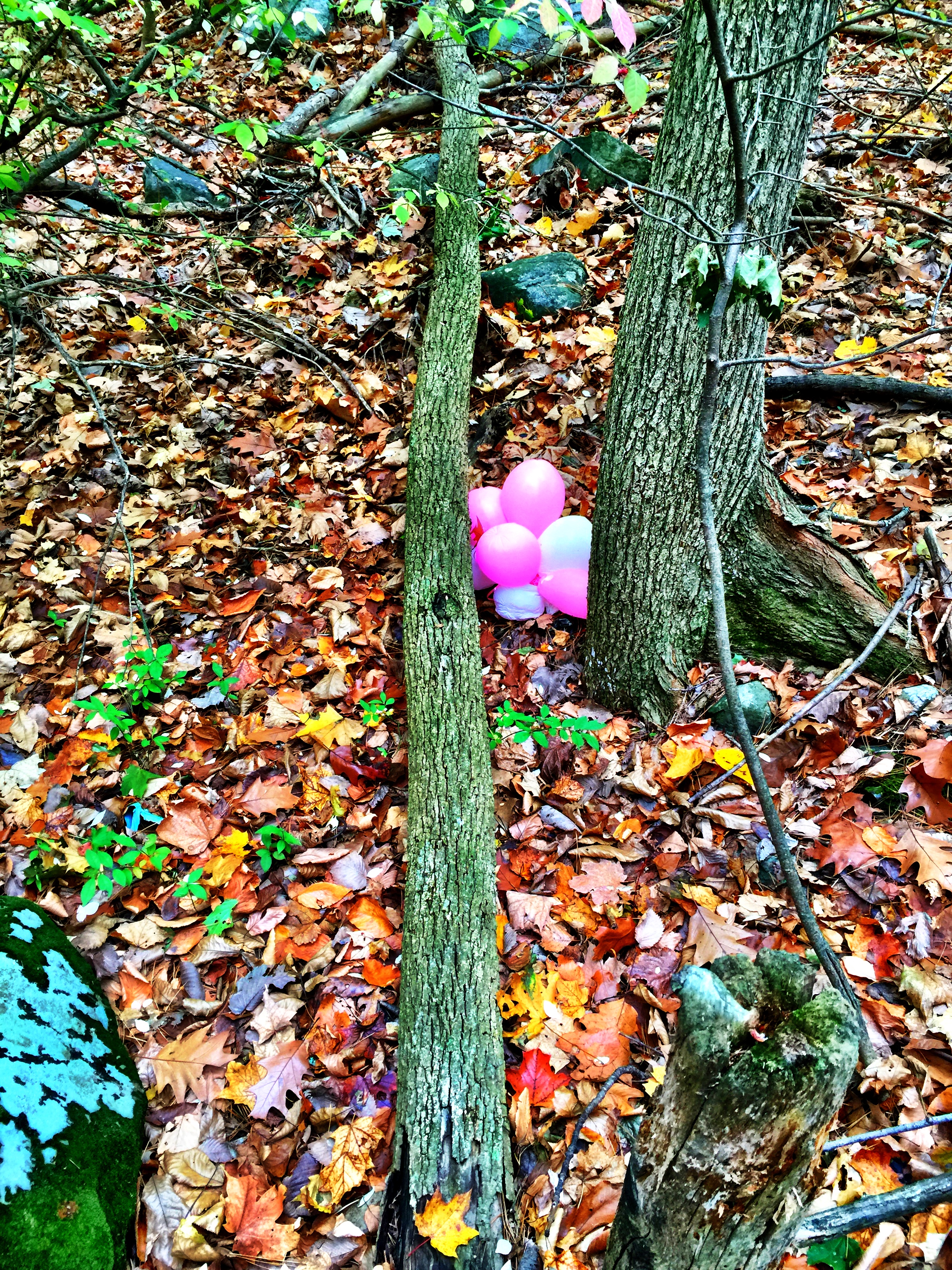 There’s a parking lot right near the 110/113 rotary on route 93 that looks like it might once have had a boat launch but it’s pretty much fallen apart now. It’s been on my list of places to go to to shoot some Merrimack pics and today I finally stopped there.

This might be my favorite of the bunch. It’s just the leaves reflecting on the water.

We haven’t gone leaf peeping in New Hampshire this year, so I just went ahead and did it at home.

Where’s the good leaf peeping in MA and NH this year? We always do the Kanc. I’d like something different this year.

It’s getting harder and harder to ignore the fact that it’s Fall.

Hey tree! What the hell, brah? Fall doesn’t start until tomorrow! What the heck are you doing with the dropping leaves crap? It’s still summer, you jerk!

Yeah, I did a my-year-in-pictures thing the other day. It was fun. What the hell, thought I, why not do it again? This time I’ll run fast and loose with the whole one-pic-from-each-month thing. I’m crazy like that.

We have to get our pics of the Sands Bridge in Methuen before she collapses. Or maybe I should say before she finishes collapsing. It’s already started. Also, I don’t think I found a relative in the Grove Street Cemetery, but who knows?

In February I finally finished an RPM Challenge on time. It only took me five tries. We also got a new bed. Jen’s penguin approved.

In March, the kids and I became wilderness explorers. Hipstamatic came along for the ride. Actually, we just wandered around in the woods behind our house for a little while. It was fun.

April in San Diego. I want to go back RIGHT NOW!

May gave us baseball, Bar Harbor, and my first up close New England Lighthouse.

The picture pickin’s are slim in June, but we did get a new Rush album (and it is awesome) and we got another fantastic piano recital from the kids.

July offers more choices after a spontaneous trip to Boston, and a week long stay in Maine that included some time in the mountains of New Hampshire.

In August we went to the Top of the Hub for the first time in my life. The views of my city were spectacular. We also spent some twilight time on Hampton Beach.

September had mountain waterfalls, leaf peeping, my first ever attempt at photo-walking in Tewksbury, and more Rush.

The camera didn’t come out much in November, but I did torture the cat, and my wife, with my camera phone, and we did celebrate Turkey Day.

And there we have a second view of my 2012 in pictures. Forgive the gratuitousness.