It says Lowell Devils 07-08 Season Ticket Holder. The back has the roster and the office staff names.

By far the best season ticket holder giveaway they did.

The point being: I want hockey.

I can’t be the only one who is missing having AHL hockey in Lowell. 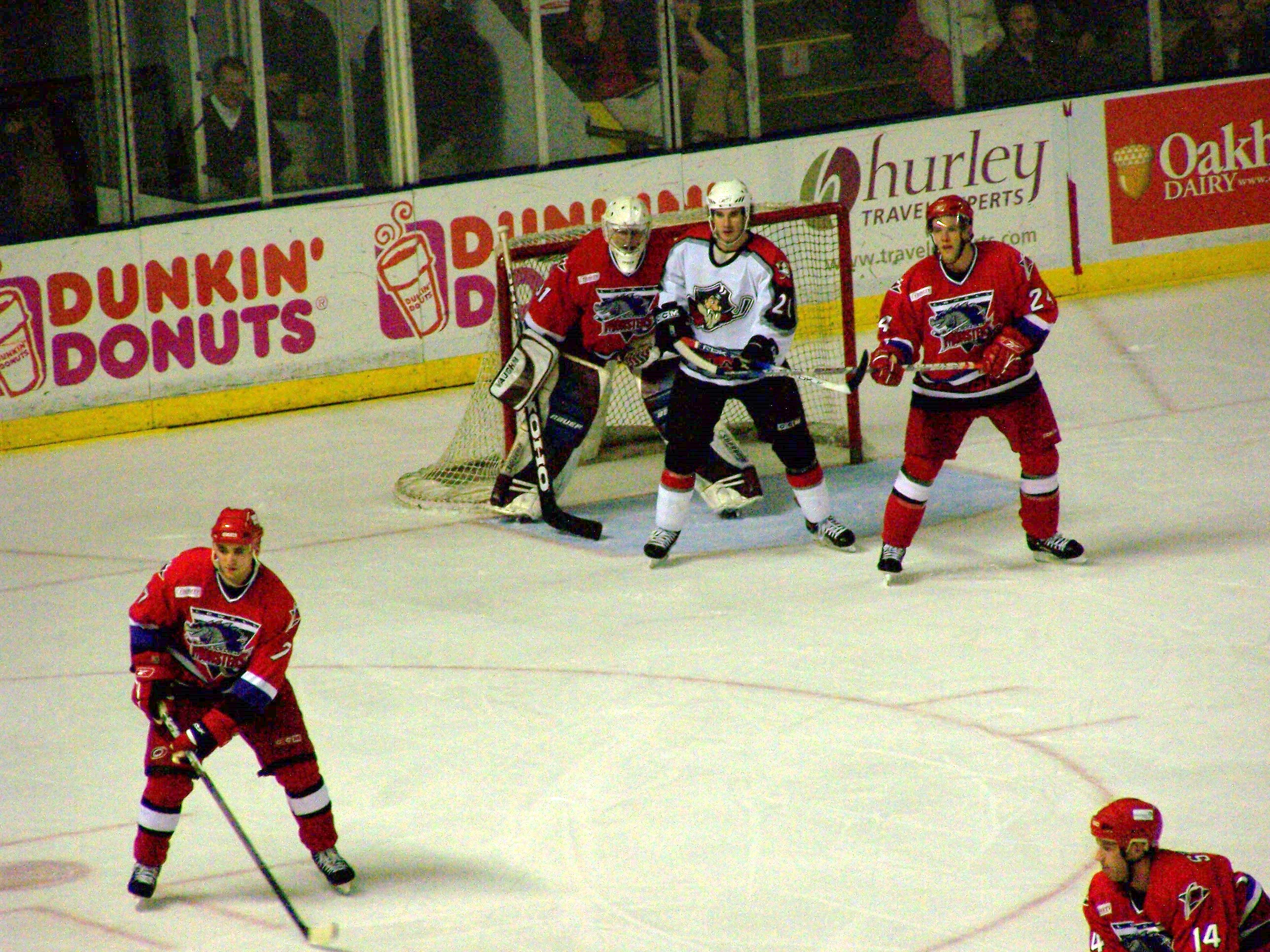 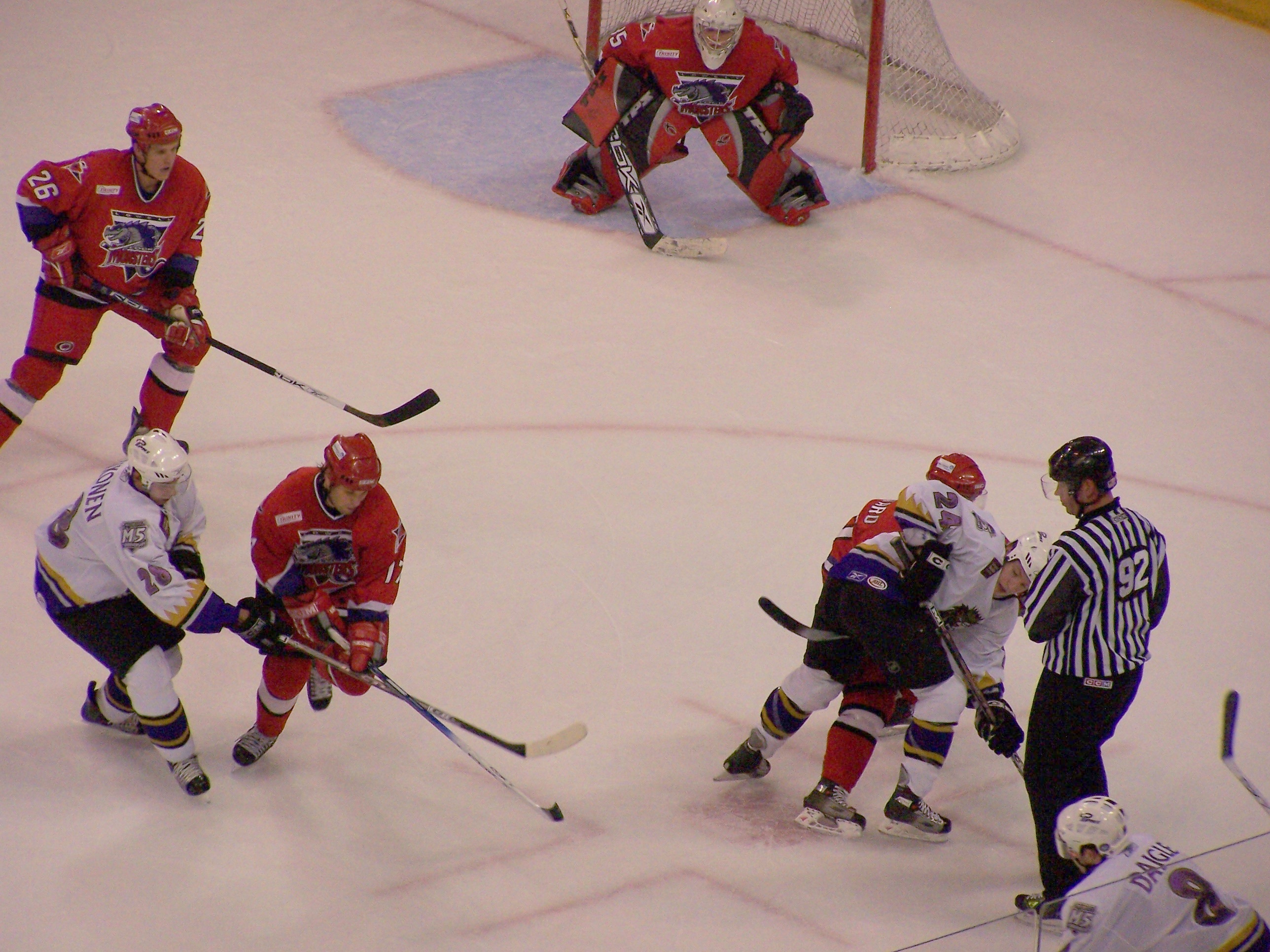 Just having a weight watchers smoothie for breakfast, with a little help from the gone-but-not-forgotten Lowell Devils. 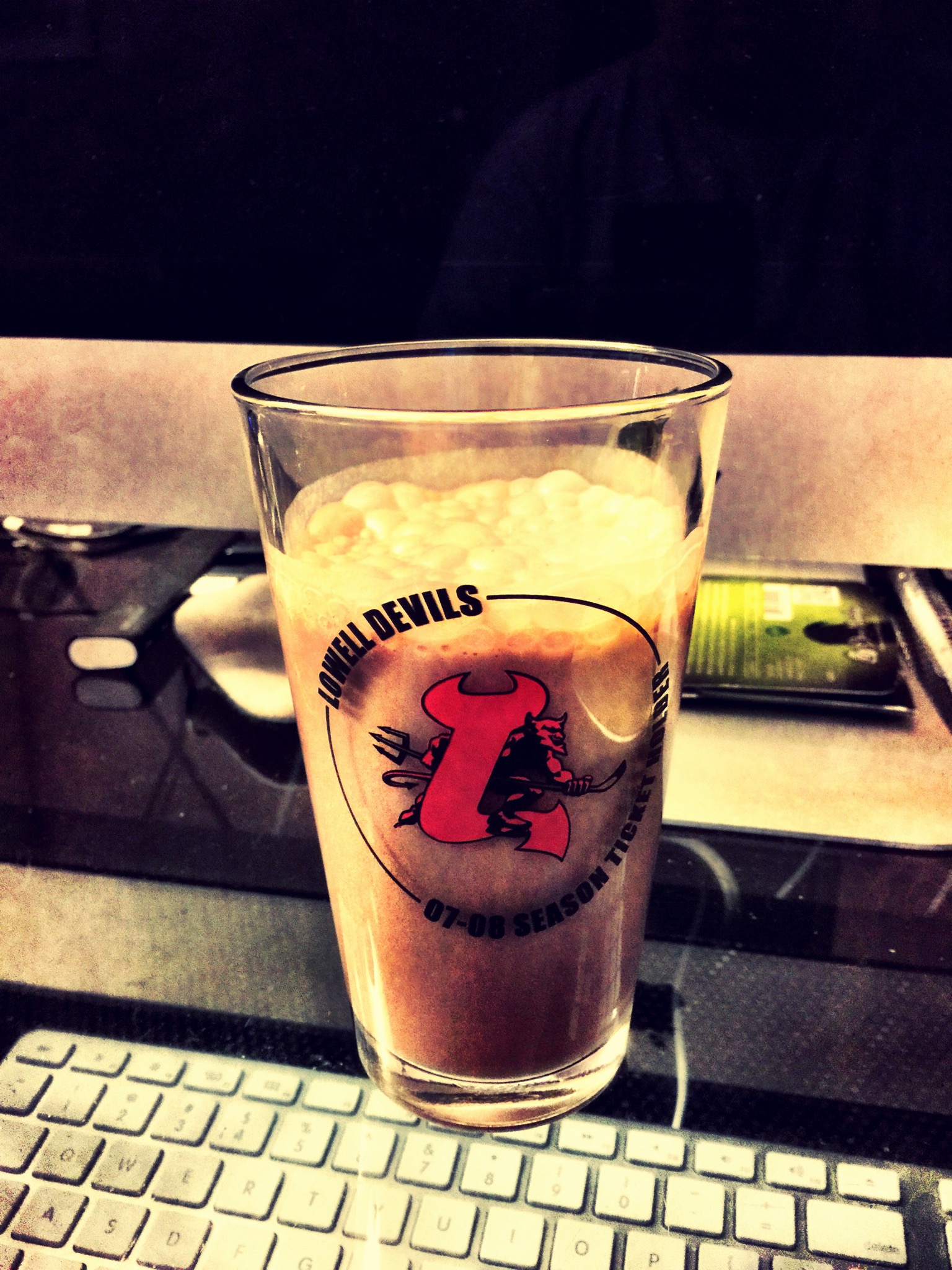 It’s official.  The flu/cold/plague symptoms have now been with us for three full weeks.  Hoo-freakin’-Ray!

After visiting the emergency room last week, Jen was not seeing any improvement so she went to see her primary care.  He gave a better explanation of the situation and prescribed yet another new antibiotic (her fourth since this all started) and a steroid.  Nice.  My wife is going to smash the long ball, just like Barry Bonds!

I’m still congested.  I still have a cough.  Neither is as bad as it was three weeks ago, but they are all still sticking around.  I had a bit of a tough night sleeping last night.  The cough woke me up a couple of times.  Last week I thought I was 90% well.  Now I’ll put it at 70% well.  My health is currently getting a C-.

We are having a post-holiday, holiday party with Larry and Mike and families this weekend.  I am going to be well enough to go to that party, even if it kills me!  My health needs to be at least at a C+.  I can do it.  Hear that, immune system?  I have confidence that you can stop sucking just enough for me to spend an evening with my family and my friends all in the same place together.  You can do it, immune system.  You can do it!

Did you hear that hockey is coming back?  (yes, that was a sudden change of subject)  Baseball pitchers and catchers are less than two months away from reporting to spring training as well.  The days of no sports to watch but football (yawn) and basketball (zzz zzz zzz) are coming to an end.I am still furious with the NHL.  That is not going to go away.  When it comes to holding a grudge about pro sports labor disputes, I am the king.  I am still fuming over the 1981 baseball players strike.  Because of that stupid thing, the stats on my 1982 Topps baseball cards did not include 162 games for that season.  Dwight Evans only got to play something like 104 games.  That sucked and I’m still pissed.

Anyway, I think one of the reasons why I am so much more upset about this lockout than the last one (don’t get me wrong, I was steaming with rage last time too) is that last time I had an AHL team to distract me.  The Lowell Lock Monsters.  Eric Staal.  Chuck Kobasew (sp? sorry Chuck).  Damn, what a great team we had that year.  While everyone else was boiling over with rage about not having hockey, there were maybe one thousand or so people in the Greater Lowell area who had Monsters season tickets.  No, it was not the same as having the NHL, but it did keep our hockey minds occupied for that black hole of a season.

I could have followed Worcester, or Providence this time, but I still have that old Lowell loyalty. Be it the Lock Monsters or the Devils that replaced them, I loved AHL hockey in Lowell. For the record, there was no way I would ever have followed Manchester. That would be like rooting for the Yankees in the Red Sox absence. It would never, ever happen. In fact, I talked to my gorgeous wife Jennifer about maybe going to a game in Manchester, but I made it clear I would be rooting for the visiting team.

Lock Monster hockey, it’s alive! (or at least it was back then when I needed it)