Just closing the loop on the post I made yesterday where I shared the video from That Pedal Show of an acoustic guitar being built by hand.

He shaped the neck with A CHISEL!

I post about the Youtube show That Pedal Show a lot. I’ve learned a lot from watching those two guys goof off, but their latest posts are something that is practically unbelievable.

A couple of years ago the two hosts took their #1 guitars to a Luthier who did various maintenance on them (mostly dealing with frets). One of the hosts mentioned that this particular Luthier makes his favorite acoustic guitar and he was going to bite the bullet and order one. The build takes a couple of months and the wait list is a couple of years. Yikes!

Over the last four days the show has posted one video per day (there will be a fifth tomorrow) that is just watching this Luthier build the host’s guitar from scratch. He starts with a couple of thin planks of wood and goes from there.

It is freakin’ FASCINATING. I mean, I knew it was an art, but the guy is shaping the guitar’s neck with a friggin’ chisel! A CHISEL! It’s just amazing to watch.

I’ll post the first video (number one of five) and links to the next three. When I get a chance to watch the fifth video (hopefully tomorrow) I’ll post that one too. The whole thing is going to be about five hours long, but it is just ridiculously satisfying to watch. Give it a try, a bit at a time. It’s so worth it.

The 12-string guitar… it lives! 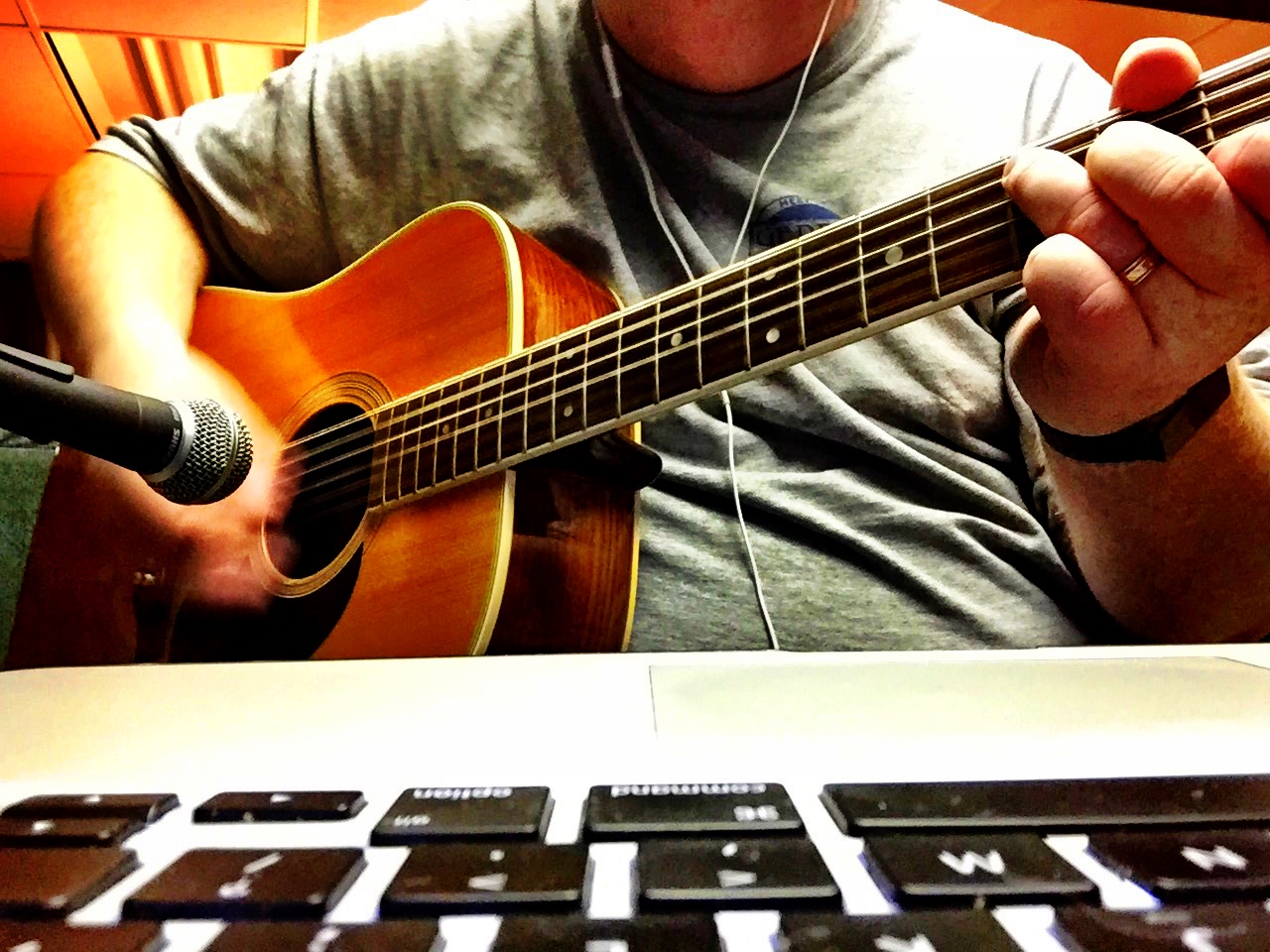 Three of the 14 songs had space reserved for acoustic guitar. One of those three was designed to have all of it’s rhythm guitar parts be acoustic (and it’s in drop D too!). Those parts are all finished now.

After I recorded the last piece I sort of felt like I was in the groove, ya know? So I kicked off two new songs. One is just a 12-bar blues but it’s in 7/8 time. Take that, establishment! The other is the second song inspired by something I read on the FAWM forum. Someone threw out a challenge to write a song using the “ice cream changes”. That refers to a chord progression that was used and reused extensively in the 1950s and early 60s. Basically, rock and roll pre-Beatles. It is, for the theory nerds in the audience, I – vi – IV – V. I actually used that progression once already, on song #14, but I transposed it to a minor key, making it i – VI – iv – v. (For the non-theory folks, a capital roman numeral refers to a major chord, and a lower case refers to a minor chord.) As I referenced with The Who song I posted yesterday, I am embracing the fact that all of my songs sound the same, and just not worrying about it this year. Given that, I used the ice cream changes again, only this time I kept it in a major key.

This is a June throw away. I wanted to put 8 bars of acoustic guitar on one of the June songs. When I finished I just opened a new project and threw down the first things that came to me. A vocal with some live and let live lyrics, a ton of reverb, and a ton of delay later…

we have a throw away.