Oh yeah, and I’m working too.  All but the door and amazon were before I punched in.

Jen and I share an office.  We’re both working from home and sitting in the same room together.  We both have regular meetings each day.  I have at least one and sometimes as many as four.  She has them pretty much all day long.  It’s tough for both of us to join a conference at the same time, so I created what I now call Conference Room A. 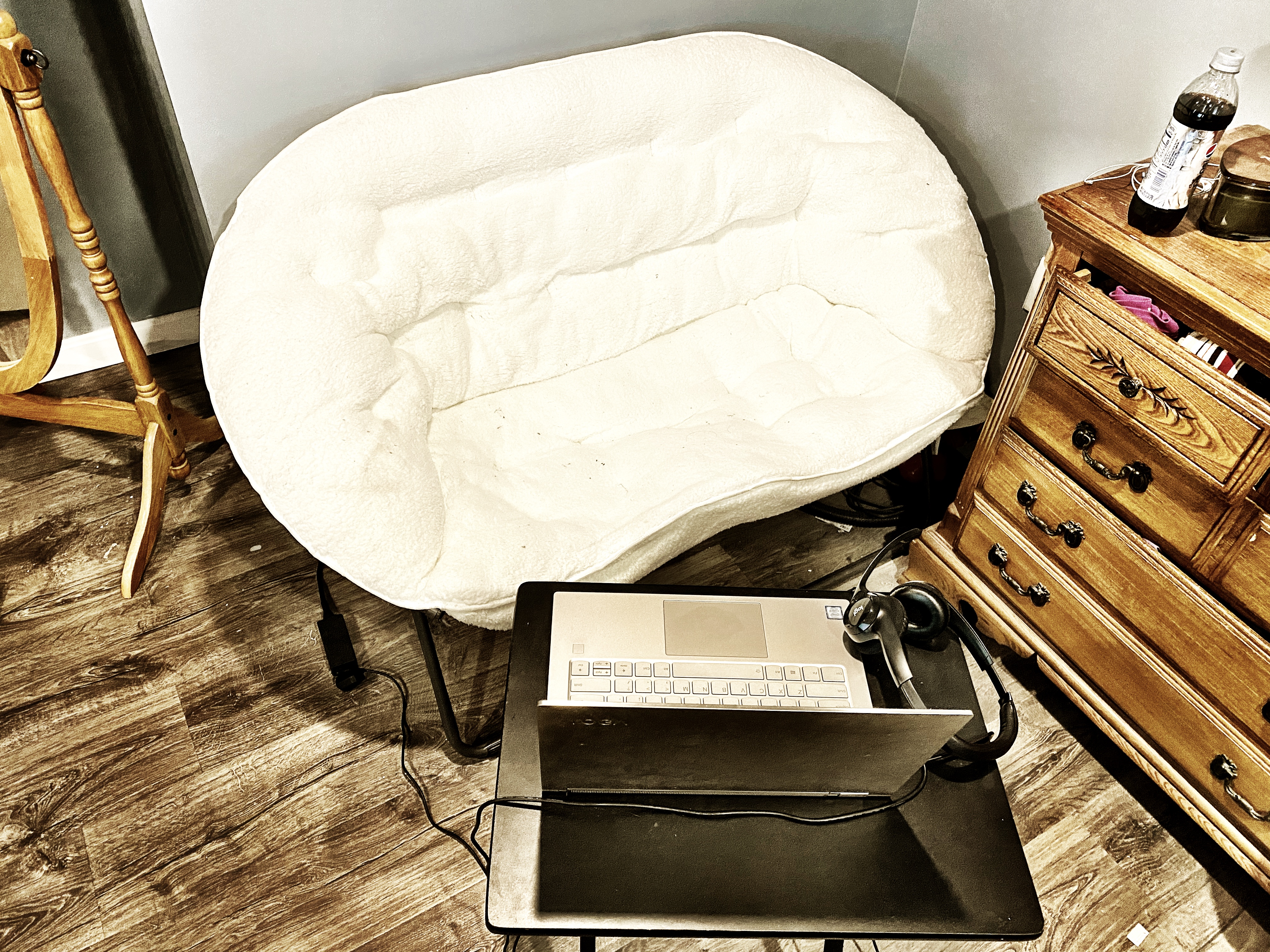 Also known as the conference call nook.  The little couch thingie is actually Bellana’s.  We bought it so she could take it to school with her but when moving day came she asked if she could leave it here.  I’ve always wanted to have a bedroom couch so I set it up.  When she moves back to school, whenever that might be, she is going to take it with her.  I’ll need to come up with a conference call nook alternative at that point.  For now, the brutally uncomfortable folding couch thingie wins.

The fact that this conference call nook exists is not evidence of stir crazy.  The fact that I wrote a post about it is.  Oh yeah.