There is a lot of stuff going on today.

Last weekend I found two scary looking problems in our cellar.  We have a water leak somewhere and it’s ending up underneath the floor tiles.  It doesn’t seem like a lot of water, but it’s damaging the tiles a little.  I think I know where it’s coming from but I need to get a plumber in to look at it.  While I was investigating that I noticed that some of the HVAC duct that runs along the basement ceiling was actually coming apart.  There was one spot where the duct was detached from the ceiling and it looked really, really scary.  It looked like the ceiling wanted to collapse.  That’s not in any way what was going to happen, but that’s how it looked.

So step one is get the scary looking duct checked out and step two is bring the plumber back.  The HVAC folks came this morning just before I punched in to work.  All set.  It was just a couple of brackets that popped lose and there was nothing wrong with duct itself.  Sigh of relief.  The problem was fixed, some extra support was added, and life is good.

While the guy was here working I heard from my step son that he left his insulin pod at home.  Yikes!  I told him I’d bring it to him once the tech left.  Unfortunately I couldn’t find it.  I looked everywhere.  He said maybe it was in his car and he went out to look.  Nope, not in the car.  I ripped the living room, dining room, kitchen, bathroom, and his bedroom apart.  Nothing.  Where the hell is it?  I retraced my steps and looked everywhere again and finally found it.  It seems like he kicked it way under his bed.  All set.  I had to take a little personal time off from work while I drove up to the high school but that was okay.

When I got to the high school it was a little weird.  A police car followed me into the parking lot.  I don’t mean that to sound ominous, we were just driving along and he just happened to be behind me.  No big deal.  I parked in the front parking lot and he parked in the driveway… next to another police car.  Okay, two cops.  I then noticed that across the lot from me there were two more police cars.  Okay, four cops.  Was something going on?

I don’t think so.  The two parked in the driveway walked into the building together and they were super casual.  Just two coworkers hanging out.  I didn’t see the two cops from the parking lot, but no one inside was acting like anything out of the ordinary was going on.  I wonder if there was a D.A.R.E presentation or something.  Still, given the atmosphere in our country these days, seeing a bunch of cops at the high school was a little bit unsettling. 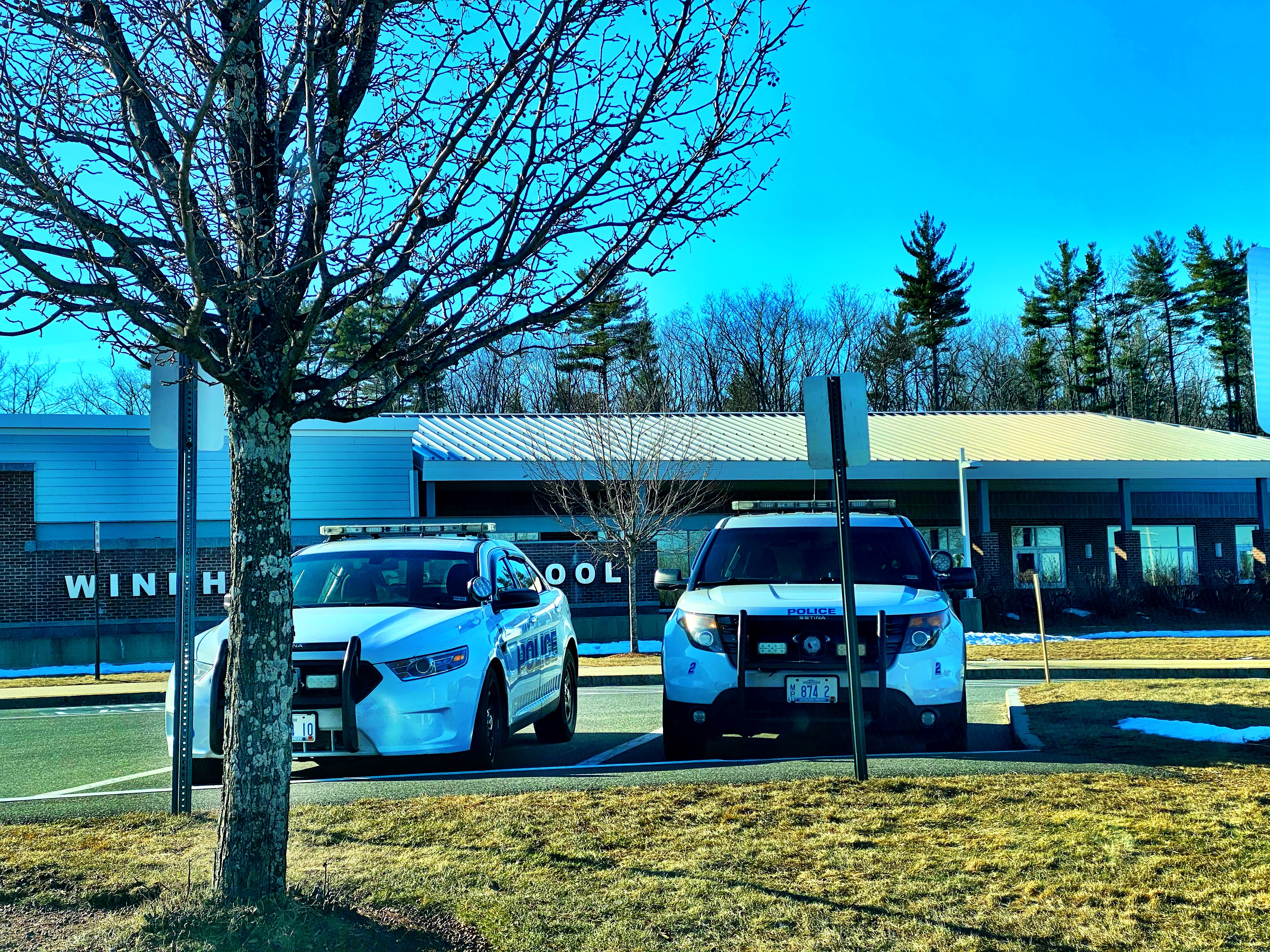 Back to the house, I pulled into the driveway and parked as close to the house as I could.  With a snowbank still on the side of the road, we are parking three cars into a driveway that is more or less exactly the length of the three cars end to end.  We need to park as close together as we can.  No wasted space.

I think I could have gotten a little closer today. 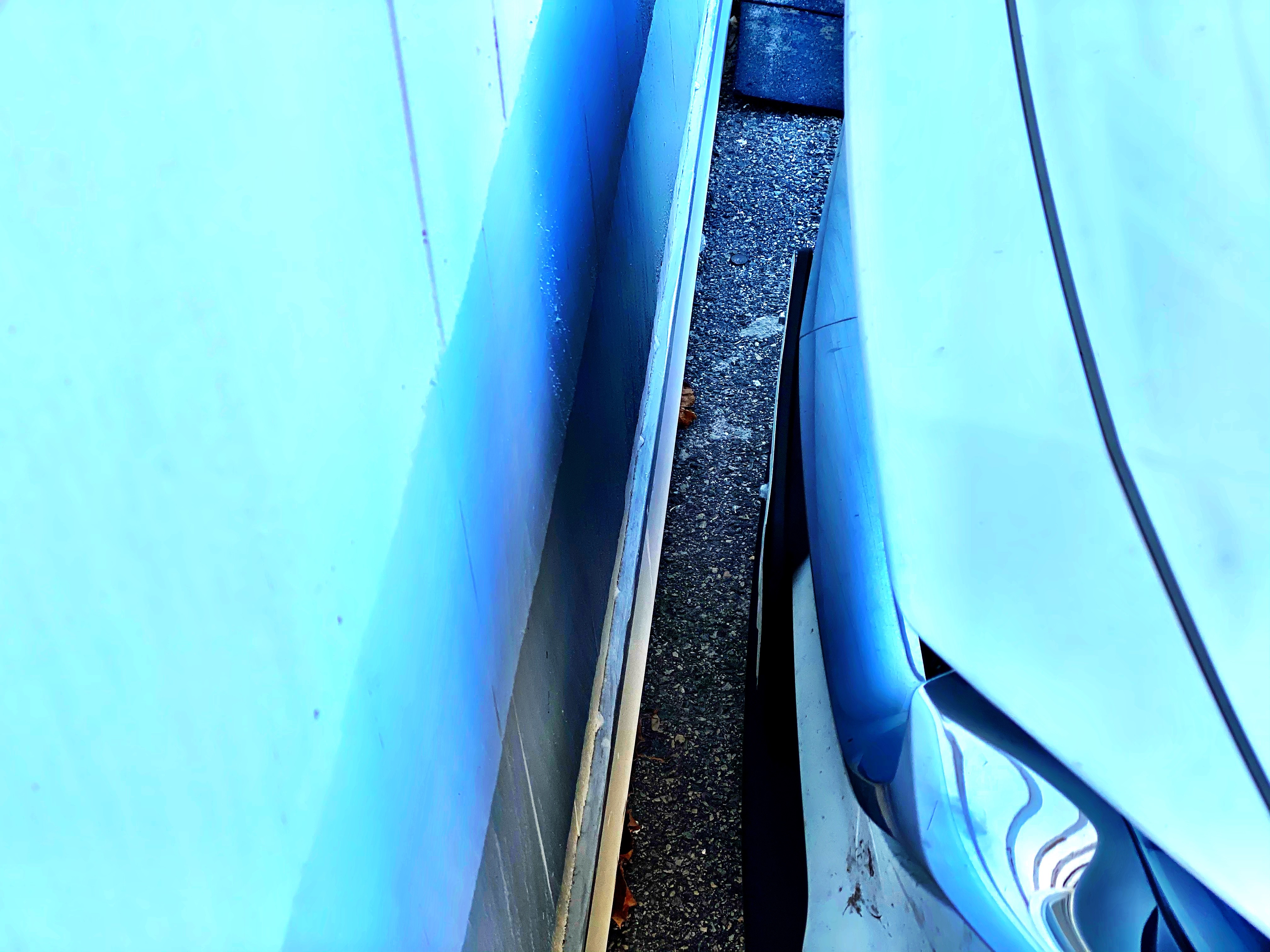 And that’s my day so far. Fascinating, eh? Still need to schedule something with the plumber. It will likely be for next Thursday because telecommuting makes stuff like this easy.