The Nikon took a crack at it, but the results weren’t great. 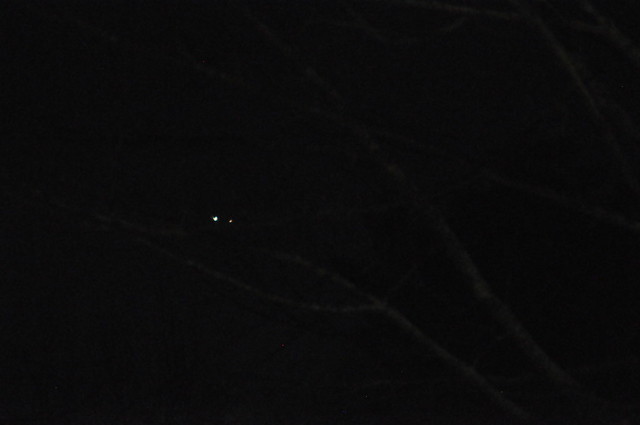 The Moon looks a little better. 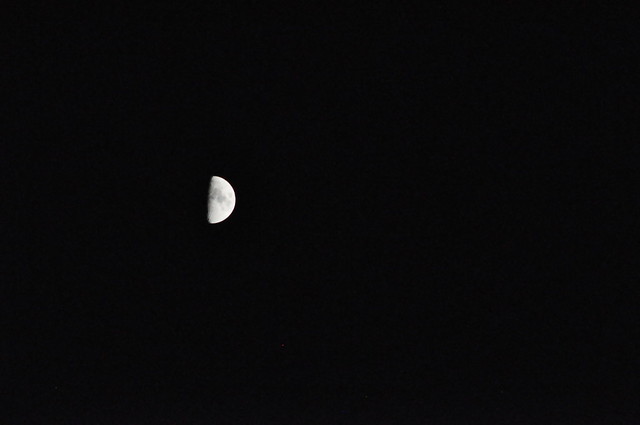 We are hoping we’ll be able to see The Great Conjunction tonight. If we do, I won’t have my Nikon with me. It’s in the closet that Santa used to stash the gifts he got for me, so it’s off limits (hehehe). It isn’t going to matter though, I don’t think. The two planets are hanging out in the South Western sky and we have cloud cover in that direction. I went out about half an hour ago to see if there was anything viewable. Even without the clouds, they would have been hidden behind the trees. We’ll try again after work (about half an hour from now) and if need be we might drive to another location. A park or a field or something. Someplace reasonably close that doesn’t have all the trees or the sick light pollution that we have in our neighborhood.

In closing, here is Astronomy Domine by The Pink Floyd. Syd Barrett knew this thing was coming all the way back in 1967…

Lime and limpid green, a second scene
Now fights between the blue you once knew
Floating down, the sound resounds
Around the icy waters underground
Jupiter and Saturn, Oberon, Miranda and Titania
Neptune, Titan, stars can frighten