A few digital pics from this morning’s quick stop at the ocean in Daytona Beach, FL.

I got up and out of the house in time to get to Hampton Beach for the sunrise. The whole drive up I didn’t see a single cloud. Perfectly clear skies. I was feeling pretty optimistic about getting better results than the last time I went to the ocean.

Nope. It was an even worse fail than last time. There was one thick, ugly, narrow band of clouds sitting exactly on the horizon. It blocked the sunrise completely. Fail Fail Fail. I also set my ISO really high when I took the picture of the cat I posted last night and I forgot to lower it. That screwed up my long exposure attempts. I was just winning left and right.

All in all… a waste of a trip… again.

I guess we can call this an upside of digital vs film. I don’t have to wait to see that this morning’s sunrise pics look like shit. I’m not sure what the deal was, meteorologically/atmospherically speaking.

The sky was super hazy. Everything looked like it took a bath in white out. I was expecting that the sun wouldn’t break through. I took a couple of long exposures and ended up with blank white images. I don’t know. I’m just glad I didn’t waste any film. If I had a film camera with me I wouldn’t have used it. I knew these were going to suck.

Fortunately the sun did break through the haze, even if nothing else did.

I kept fighting the urge to switch back to Auto mode to see if it made any difference. I also kept turning around and shooting stuff behind me and to the sides.

I said I was going to take a couple of pics of the surrounding area, and given the number of people I tried to take a weird, winding, stealthy route back to the car.

After I left the beach I went to Lowell and spent half an hour or so walking around Market Street. Those pics are coming soon. I think I’ll have some breakfast first though.

I warned you, here come a ton of pictures. Well, maybe not a ton. I’ll try to be more selective than usual.

We drove up the coast to see if there was any residual wave activity left over from the storm yesterday. There was a little. We saw a few big waves. Much bigger than we usually see in our little sliver of ocean.

I took my camera to the beach this morning and shot some pics of the sunrise. After the events of this week it’s hard to believe that the sun still gives enough of a shit about us to come up in the morning, but there it was.

It was a little too dark for this, maybe about 25 minutes before sunrise. Also, it was pretty windy. Windy enough to shake the camera on the tripod just a teeny tiny bit.

And here’s the little pier without the long exposure.

The forecast called for clear skies, but I think the strip of clouds is the best part of any of these.

Another 30 second exposure. The first one was a touch too dark, but now a few minutes later it’s a touch too bright.

Again, the clouds are the best part. Am I right, or am I right?

Does this look like a future album cover to you? It does to me.

Four second exposure. Do I need to clean my lens or my ND filter? Or both? Probably both.

I love when the whole world changes color.

For some reason I had a hard time getting pics of the water glowing in the sunlight. At one point a wave actually threw a shadow over the sand… and these are Atlantic waves… like, tiny suckers.

I was on the beach for maybe an hour. This bird hung out with me for most of that time. Good times, good friends.

Last but not least, the camera was set to auto but the ND filter was on… I thought neutral meant it didn’t change the color of the shot? 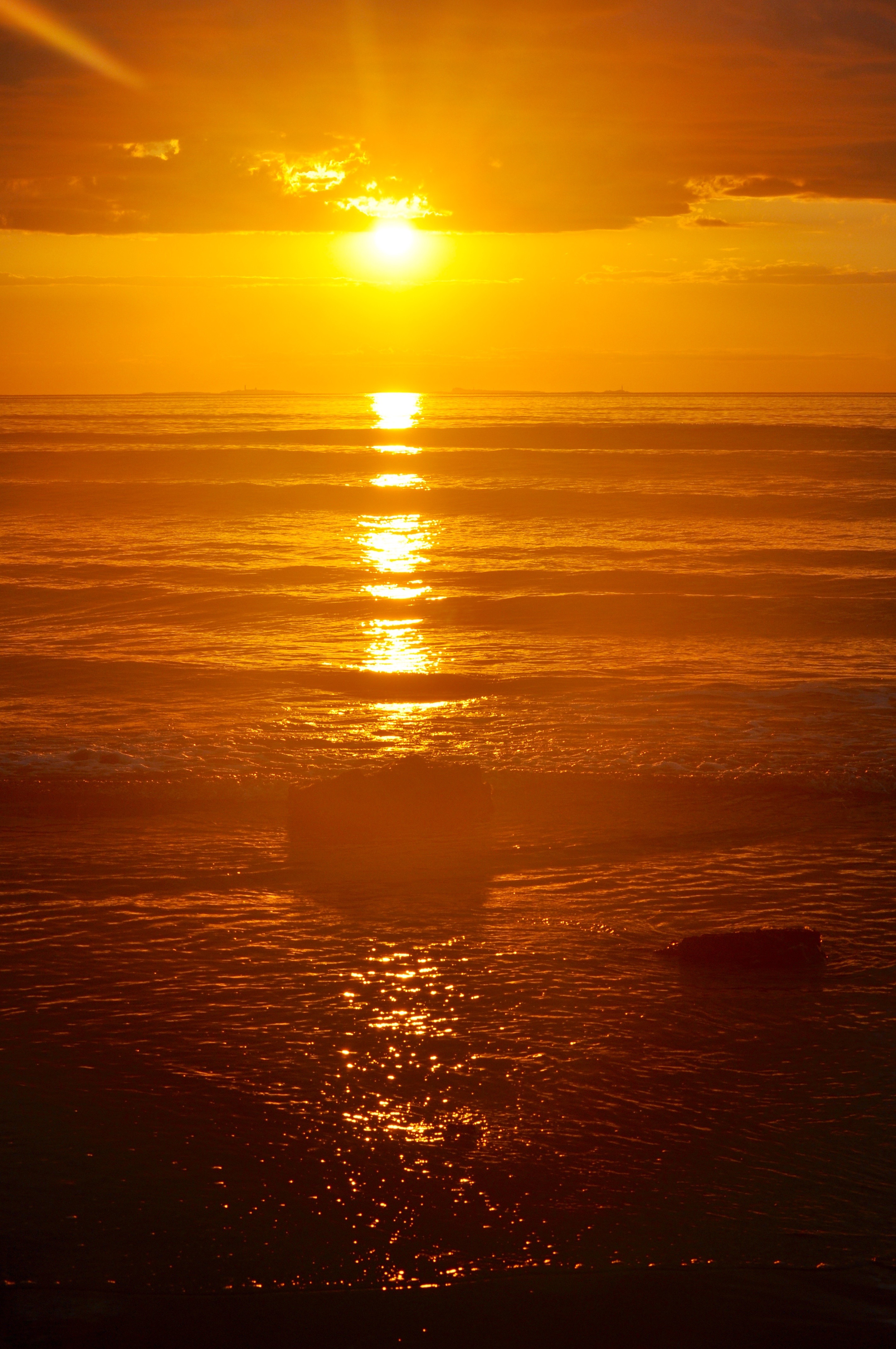 Usually I don’t go to the ocean for sunrise pics unless the forecast calls for nothing but sun. I don’t want any risk of driving all that way and then not being able to see the sun break the water. After a few successes though, I wanted to try going on a day with some clouds in the hopes of seeing how the sun makes the clouds change color. Sunday’s forecast called for partly cloudy.

It was almost a bust. “Partly” turned out to be “almost completely” except for a little band of sky right on the horizon. If not for that, I would have been screwed. As it was, I only had a few minutes with a visible sun before it hid behind the partly=completely.

My afternoon is turning into a pain in the ass. Here’s another ocean picture to calm my dumb ass down. 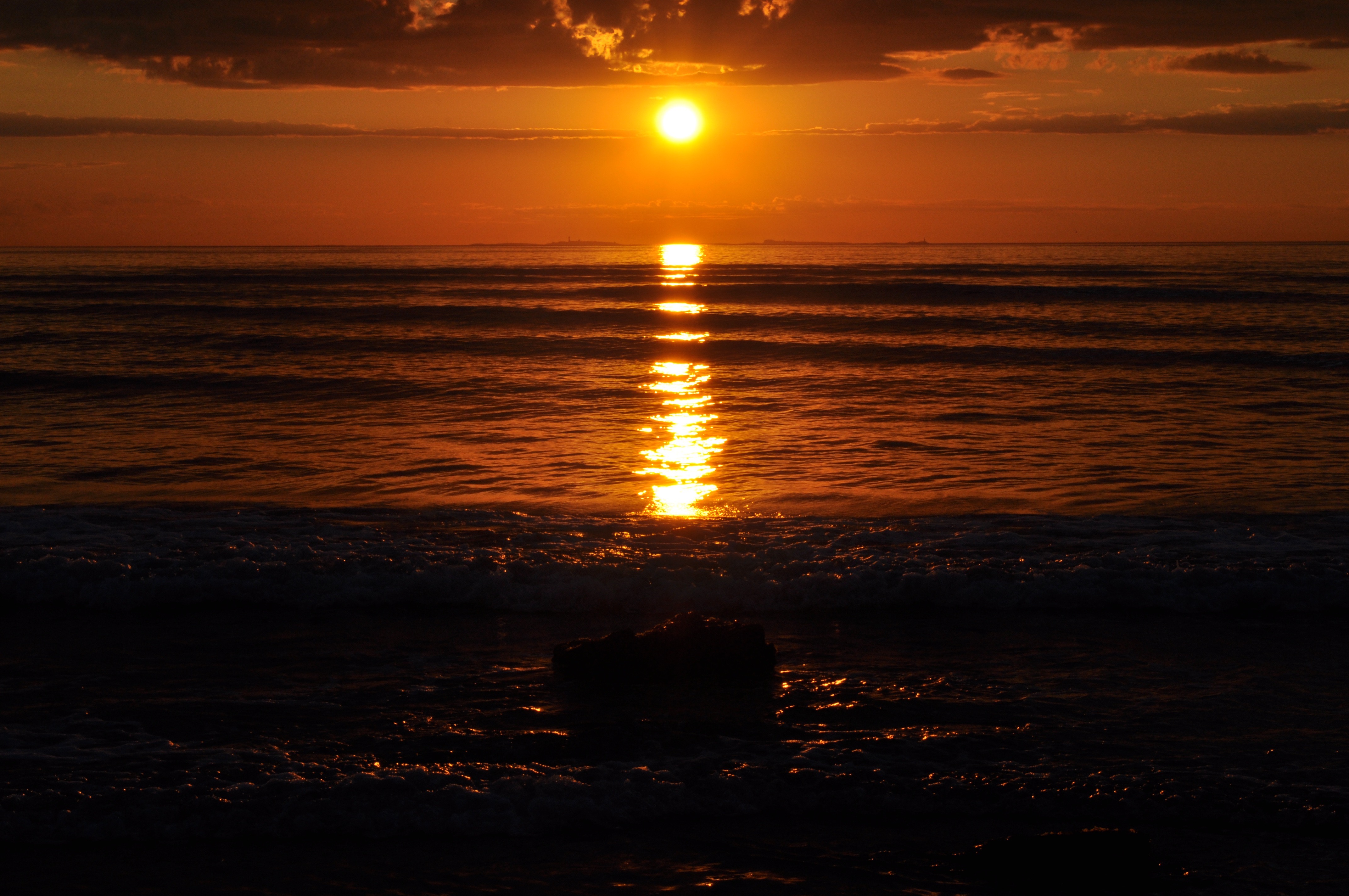