Back in the early 1990’s a friend of mine dragged me out to eat at a place in Harvard Square.  It was a Tex-Mex place and I hated Tex-Mex.  I am the world’s pickiest eater (one of them, at least) and I hate almost everything.

The place was The Border Cafe.  Not only did I like it, but it sort of became an important part of my whole friend group experience.  Cambridge, MA is about half an hour away from where we were all living at the time (not counting traffic) so it had to be an event to get everyone together to go.  Border Runs, we called them.  Clever.

As stated, I hate all food (I weigh a ton, so it’s hard to equate my gut with being a picky eater.  You just have to deal with it) but I found a couple of dishes on the menu that I liked a lot.  We all did.  Everyone else was getting the Pollo con Jamon (sp?), but I got the French Quarter Chicken.  It’s just a boneless chicken breast in a lemony sauce.  I liked it.  It was good.  I almost always ordered it, with jambalaya on the side.

Over the years things changed a little.  There was another Border Cafe opened in Saugus, MA.  We tried it.  It wasn’t the same.  We kept going to Cambridge.  At some point they took the Pollo con Jamon (sp?) off the menu and there was much sadness.  Much later, they opened a new restaurant in Burlington, MA.  Again, it wasn’t the same but this time it was really close to home and easy to get to.  Over time, we started making our Border Runs there.

Eventually the quality of the food started to go down some.  It got harder and harder to get us all together.  We started having families.  My wife liked it, but my step kids didn’t.  The worst though was when they started putting cheese into the lemony sauce on the French Quarter Chicken.  It was heartbreaking.  I resigned myself to always having to order my #2 choice, the Blackened Chicken.  Still excellent, but not the same.

In the late 90’s we learned that there were Border Cafes in New Jersey, though they had a different name, Jose Tejas.  It was the same decor, the same menu, the same everything.  I’ve never been to one, and I sort of forgot about them.

My beloved wife, Jen is in New Jersey for a business trip.  On Sunday she went to a Jose Tejas.  She ordered the French Quarter Chicken.  She sent me a picture because it’s 2019 and that’s what you do.  She said it was a little spicier than at home but it was good.  I asked the question… she answered… is there cheese in the sauce (gag!)?  No.  There is no cheese in the sauce.

A wave of delicious Tex-Mex nostalgia washed over my dumb ass.  Without planning it, I had actually had lunch at the Border in Burlington earlier on the same day.  I got the Blackened Chicken as usual.  I hate cheese.  I hate it so much (doesn’t stop me from eating pizza though.  It doesn’t make sense.  Just accept it).  I wanted to experience the purity of 1990’s French Quarter Chicken again.  I decided to take a risk.

Last night on the way home from work I decided to go to the Border again and order it.  I got nervous as I approached the Middlesex Turnpike exit off of route 128 in Burlington though.  I didn’t want to be disappointed.  That settled it.  I was going to Saugus.  I hadn’t been to the Saugus branch in 20 years, but I was going.  Maybe that would change my French Quarter luck.

It was the flavor equivalent of angel trumpets and devil trombones playing together in the sweetest of sweet harmony.  It was culinary bliss.  Oh what happy, lemony goodness! 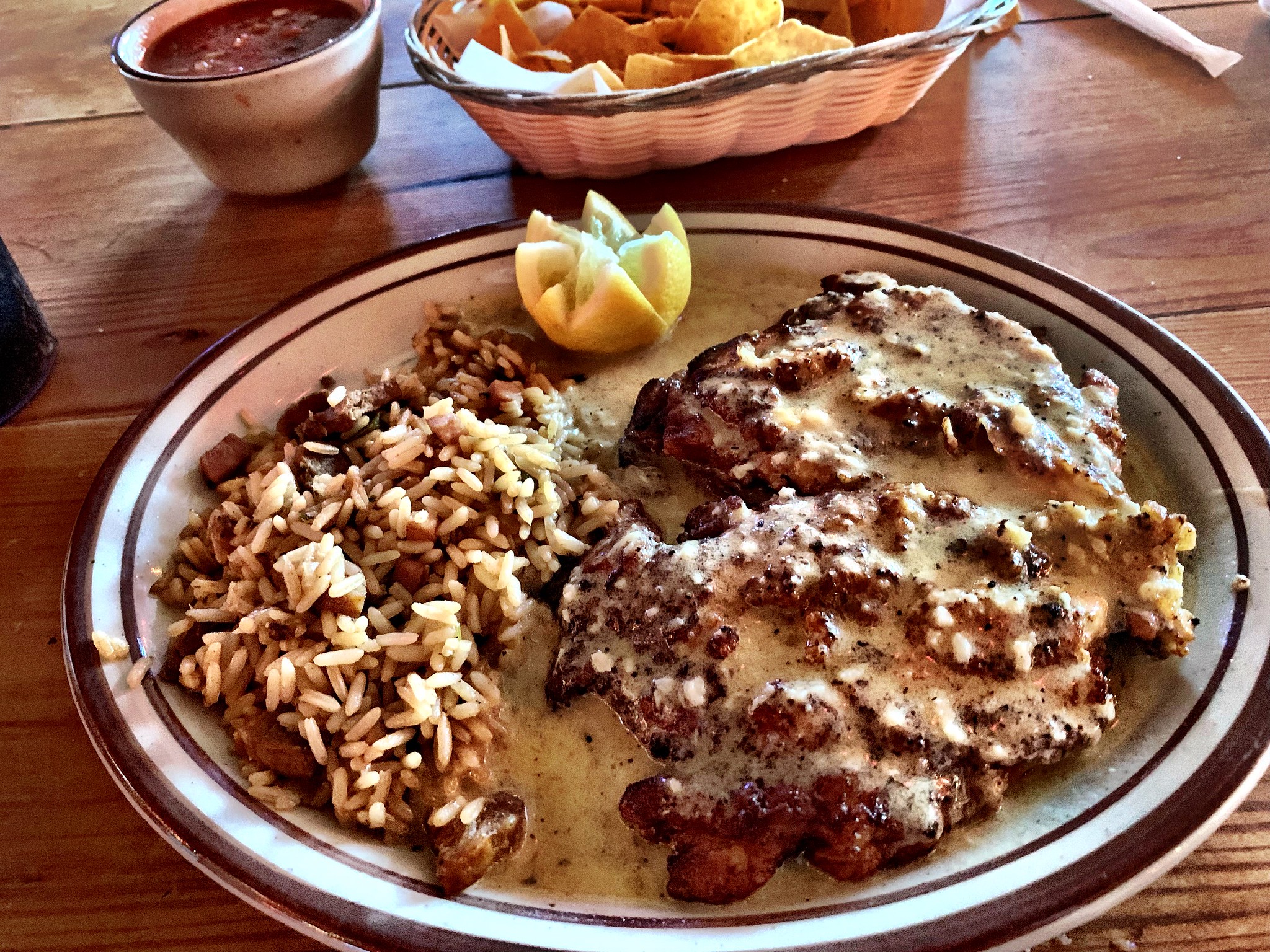 Thank you, Jennifer my love. Thank you for putting the thought into my head. I miss you so much it’s awful, but even though you are 189 miles away right now, you still found a way to brighten my day.

One thought on “French Quarter”