So the wide angle lens on the iPhone 11 Pro Max is really wide.

I posted these pictures last night but I am going to re-post to prove a point.  As we were sitting in the finest concert hall on the planet Earth, Symphony Hall in Boston, I was snapping away like a doof while we waited for the Boston Pops Christmas show to start.  I did something I don’t usually do anymore.  I took a panoramic pic of my view of the stage.  It’s awful, but in a goofy, funny kinda way.  Here it is (again): 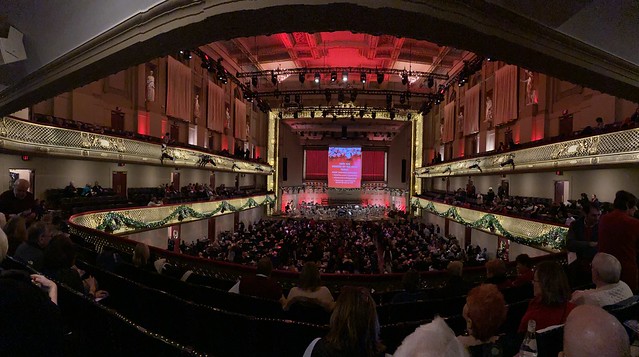 Wow… that’s really bad.  When you take a pano you need to move the camera around the lens rather than actually move the lens.  I, clearly, move the lens.  But I digress.  Next we have a picture using the new iPhone’s wide angle lens (.5x).  This one looks a whole lot better: 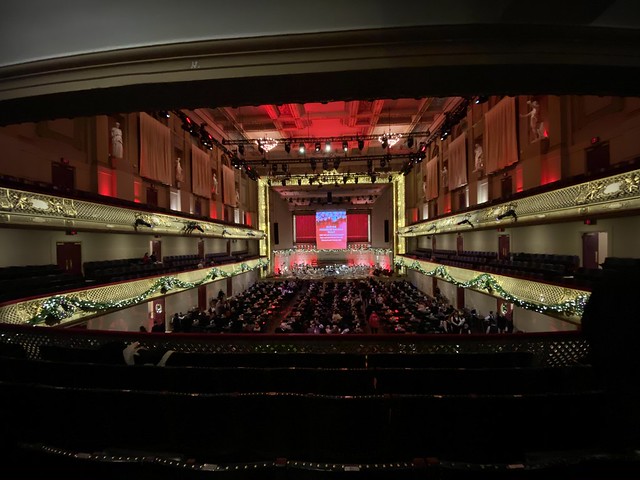 So you’re saying to yourself, “hey fat boy, what’s the significance of all this?”  Well I’ll tell you.

The panorama and the wide angle cover almost exactly the same amount of space.  The pano is a little wider, and I could have made it wider still, but after viewing the .5x pic it turns out I didn’t need to take the pano at all.  The new lens gave me the same shot only without the awful distortions.

So what I’m saying is, that new wide lens is really wide!