I was expecting the worst, but it wasn’t that bad. I had a slow start but it ended up okay. I had some gear issues that annoyed me, but nothing I couldn’t handle. The pedal board is getting really noisy and it got worse as the night went on. I’m going to have to tear it down and rebuild it. Hopefully I can reduce the noise.

The new string experiment is underway. I played a set from Stringjoy and I liked them pretty well. I could handle sticking with them long term.

We only have two rehearsals left before the next gig and we still haven’t settled on a set list. We won’t be winging it on the night, but there are still wildcards. 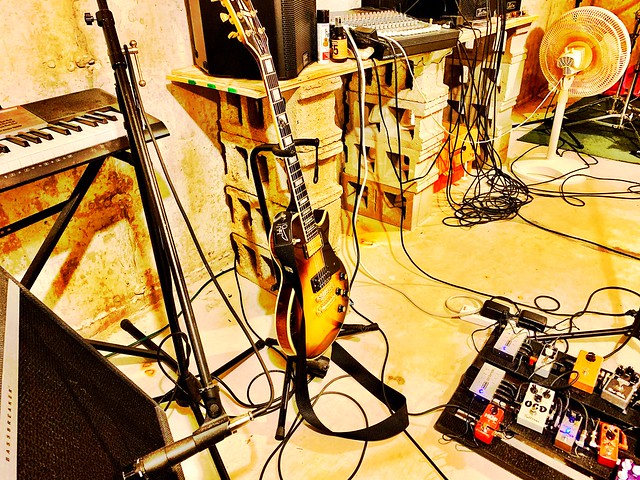 Before practice we tore down the recording setup I had put together. In its place, we mic’d up the drums. I need to get a few adapters to get the full kit into the board, but we had the kick, snare, and hi hats going into the PA. It was pretty cool. 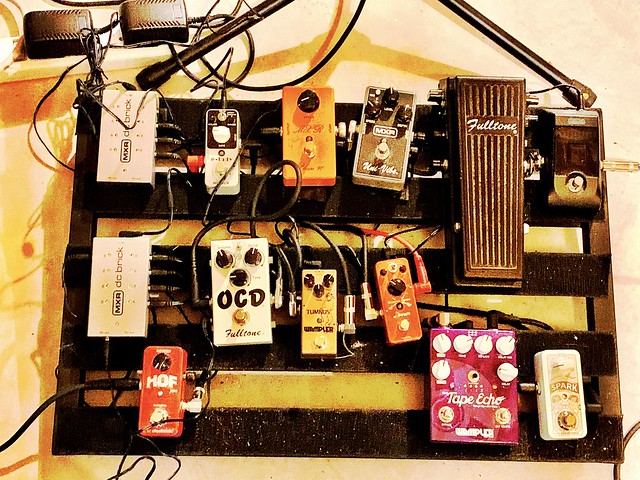