I went out into our newly cleaned garage today and had a little play with my new guitar, my new amplifier, and my full pedal board which includes a new pedal. What did I learn?

The amp is incredibly loud. I knew this from the first few times I messed around with it in the living room, but I was trying to be loud then. Today I was trying to keep the volume down as low as it possibly could get. I was in the garage, but my wife was at her desk working. I didn’t want to disturb her if I could avoid it. No dice. I turned both the 18 and 30 watt channels as low as they could get and actually produce sound and they were both too loud. When I turned on a dirt pedal I had to lower the volume almost all the way to avoid blowing the door off the room. That amp is loud. Loud.

That amp is also incredibly toppy. On the 30 watt channel I had the treble knob all the way down, as well as the tone knobs on all of my dirt pedals most of the way down and it still felt a little too trebly. I am curious whether or not that will change when the volume goes up. Also, I don’t know if it was the amp pushing all of that high end or the guitar. I’ll have to play the new guitar through the old amp, and the Les Paul through the new amp to know for sure.

The TC Electronic Hall of Fame Mini is underwhelming, but that’s okay. The new amp does not have a built in reverb. I have never not had a reverb in my amp before so I bought the cheapest decent brand name I could think of. It sounded okay, just nothing to write home about. I did get to try out the Tone Print app. It failed to load for me about half the time, but when it worked it was pretty cool. I wanted a spring reverb and Steve Morse has his own custom spring sound that was working for me. Thanks, Steve!

I have more pedals than power supplies. I have an MXR Brick which has eight 9-volt lines and two 18-volt lines. Unfortunately my only 18-volt pedal (Fulltone OCD) stays on the stay at home board (and makes my stay at home board an ass kicking rock and roll machine) so I can only power eight pedals. I now have 12 on the board. I already had two additional 9-volt power supplies, but the power strip I was plugging them all in to is now full. I bought two new 9-volt power supplies when I bought the Hall of Fame Mini (one for the HoF and the other for the Keeley Super Phat Mod I bought I few weeks ago) but I can’t fit them in on the power strip. Time for a new power strip… or maybe another MXR Brick? Let’s go with a power strip first and see how it goes.

So to sum up, my garage is clean and that is awesome. Also, I can’t wait to wind up this new amp at a band practice. I want to see how it sounds at a nice, healthy, bad-for-your-hearing volume level. 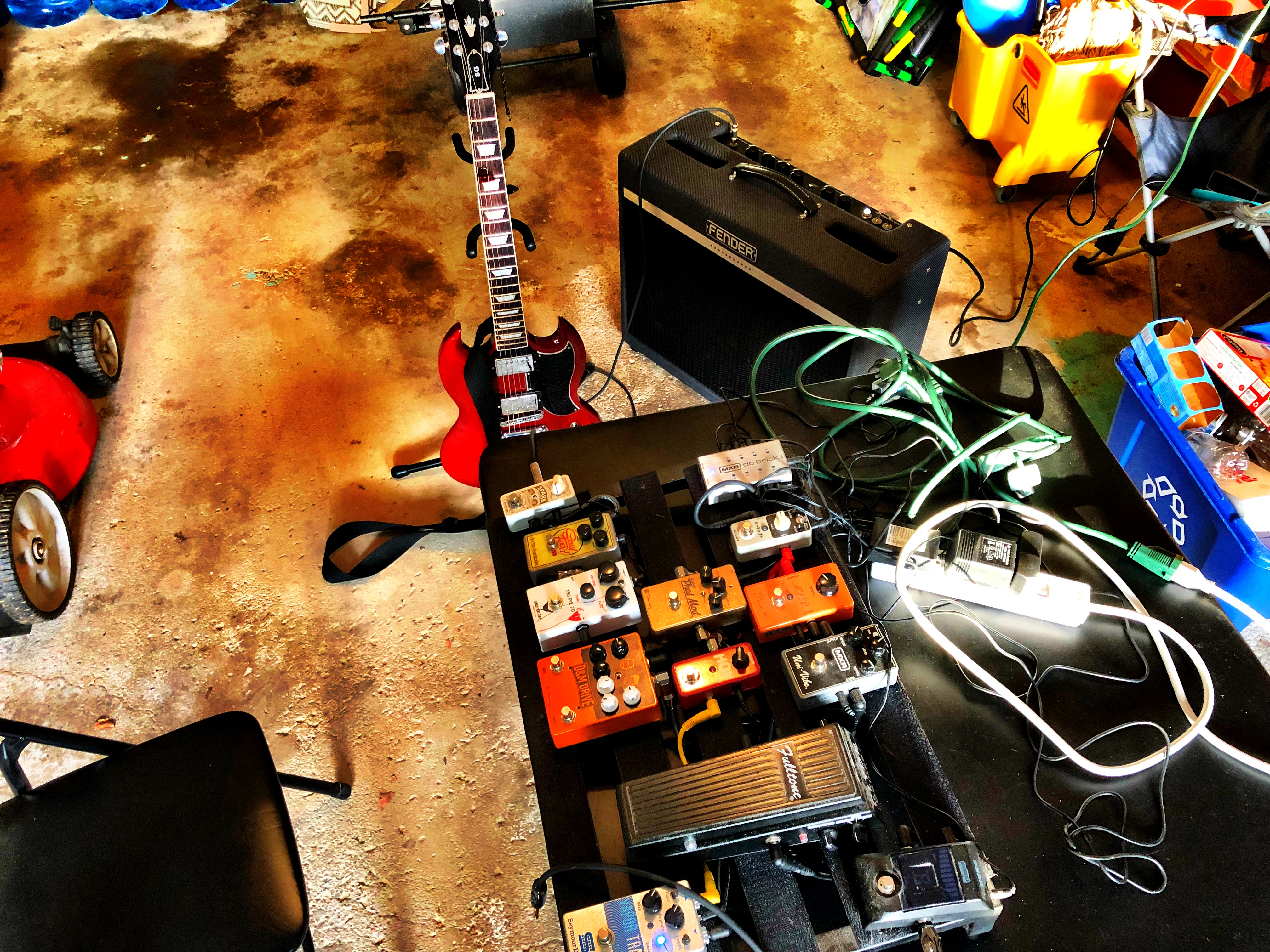 There are 12 pedals on that board. I am pretty sure I have a problem. What do you think? Hello my name is Rob and I am a pedal junky. 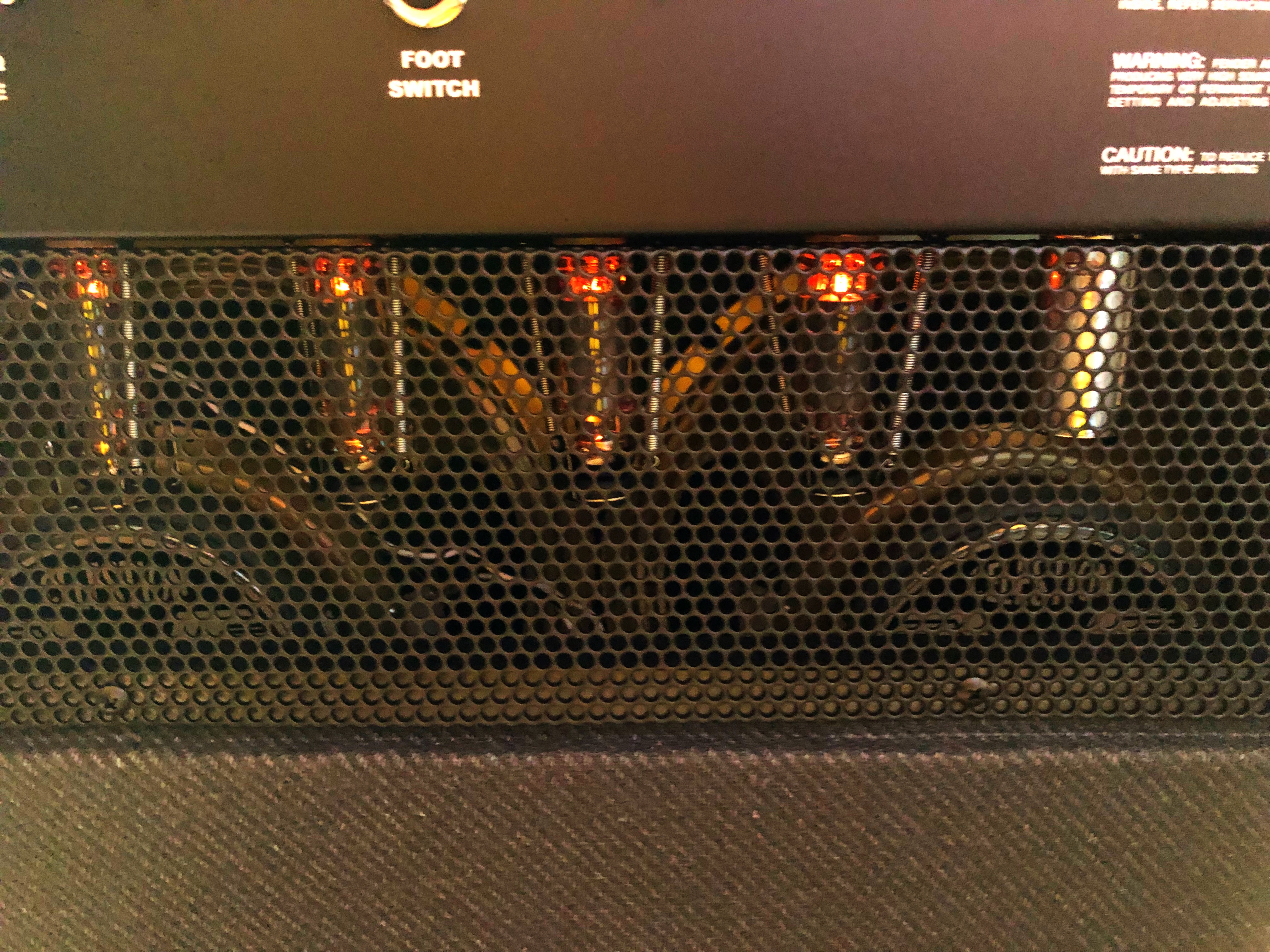